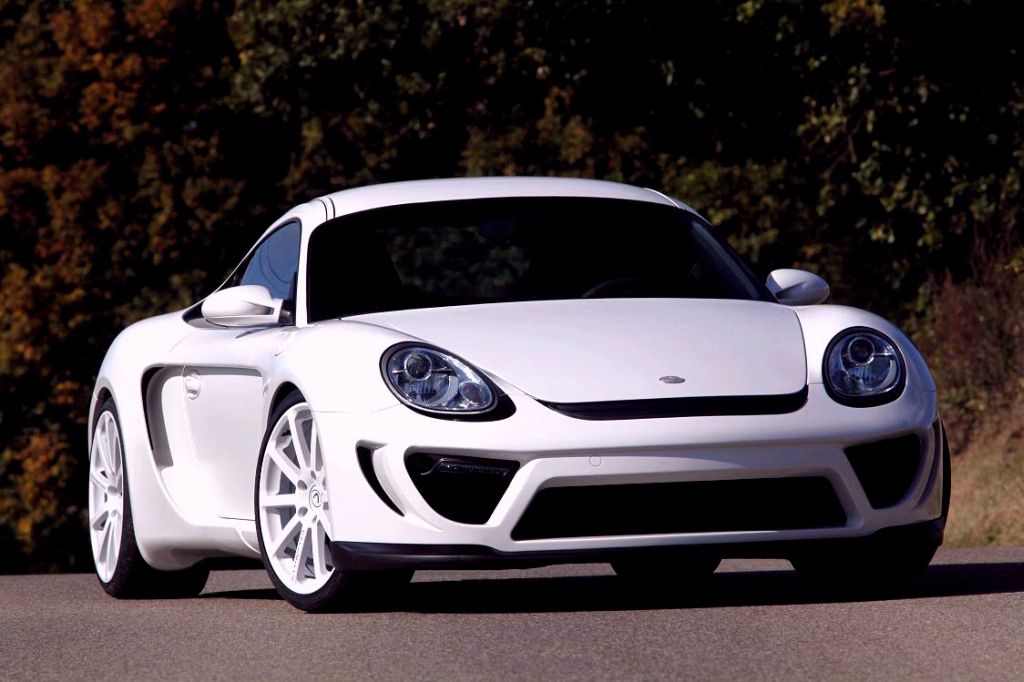 Now however the French at Delavilla have hurt the beauty to witch ratio even more with their R1 version of the Porsche Cayman.

The French tuner adds 4.7 inches of width to the front of the Cayman and a more considerable 7.1 inches to the back with a new body kit.

It’s been well shaped, fits nicely and is claimed to be capable of generating more downforce but I’m afraid you can’t hide away from the fact it looks rather out of place.

The back is decently done but the rest is a disappointment.

Engine tuning is available and you can chose between 340, 385 or 420 horsepower though there’s no information on exactly what these powerkits are made of.

Inside the Delavilla Porsche Cayman R1 you’ll find some really nice touches such as fingerprint ID and Alcantara covering the gear knob and steering wheel. The bucket seats aren’t bad either.

Getting to this special inside will be done via a special set of flamboyant scissor doors.