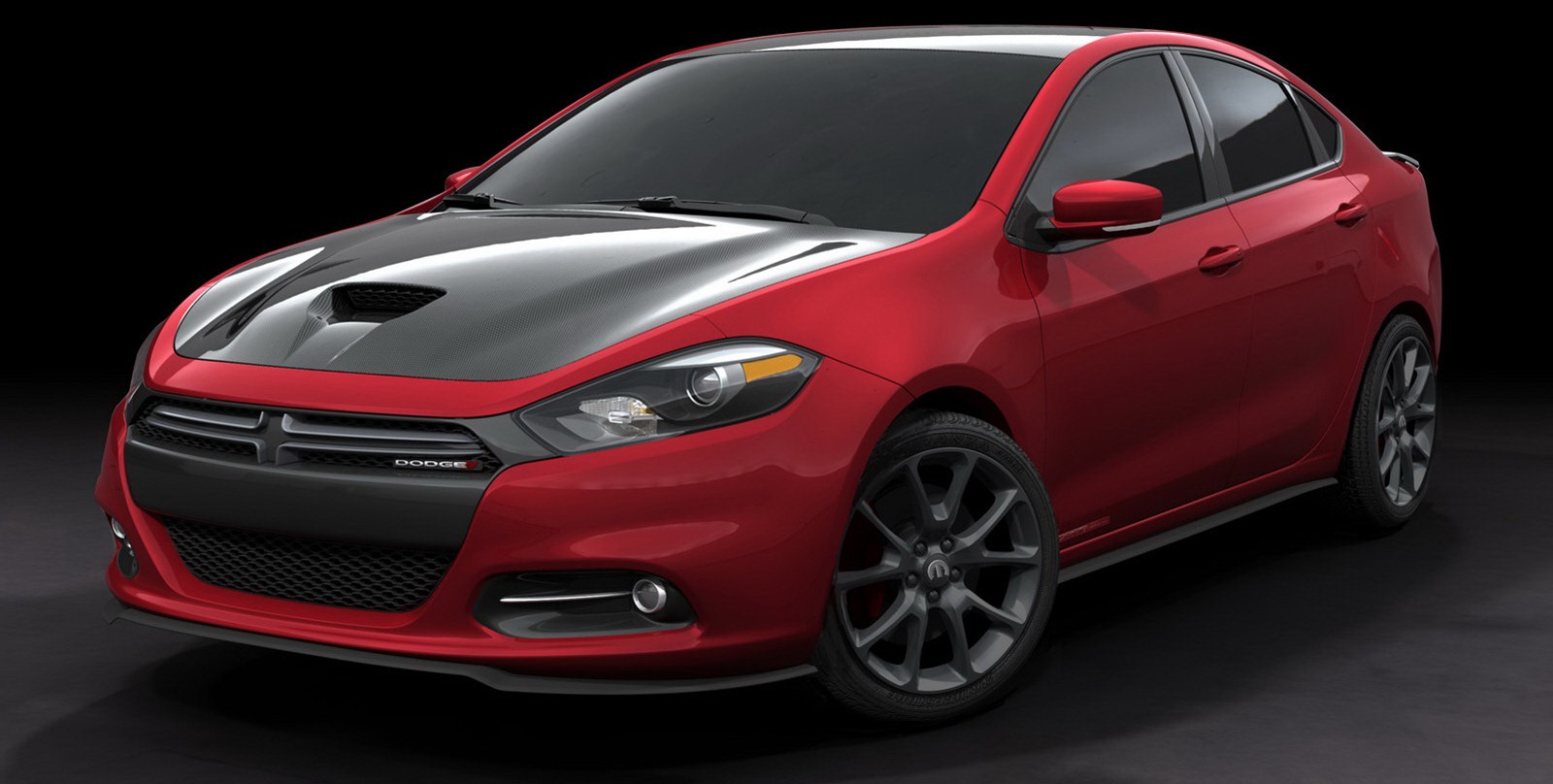 Chrysler’s plan for the 2012 Chicago Motor Show involves lots and lots of Mopar developed treats, one of the biggest of which is a souped up Dodge Dart.

Titled the Dodge Dart GTS 210 Tribute, it’s one of four specially crafted vehicles the Pentastar company is preparing the show.

Basically, everything that has numbers has been increased and everything else has a bit of a special feeling or look about it.

The standard Fiat-sourced 2.4 liter MultiAir engine gets a few tweaks and tune-ups so that it now develops 210 horsepower.

Inside the Dodge Dart GTS 210 Tribute you’ll find Ruby Red Katzkin leather with black stitching just about everywhere you can think of.

Everything makes for a pleasant place to be but the exterior however is a little on the low key side of tuning. The alloy wheels now measure in at 19 inches and frankly, better options are out there.

We approve of the red paint, we also appreciate the black accents that make it stand out but the gray wheel finish and the carbon fiber hood are a little overcooked.

The 2013 Dodge Dart GTS 210 Tribute will eventually be on sale later this year within the Mopar catalog, though probably not exactly in this guise.

Oh, and finally, the model is supposed to be part of the celebration of 75 years of existence for the Chrysler group but I still feel the name could be better chosen.

A tribute usually mentions what it’s about or who it’s addressed to whereas the Dodge Dart GTS 210 just feels to be a decent car at the right spot timing-wise.