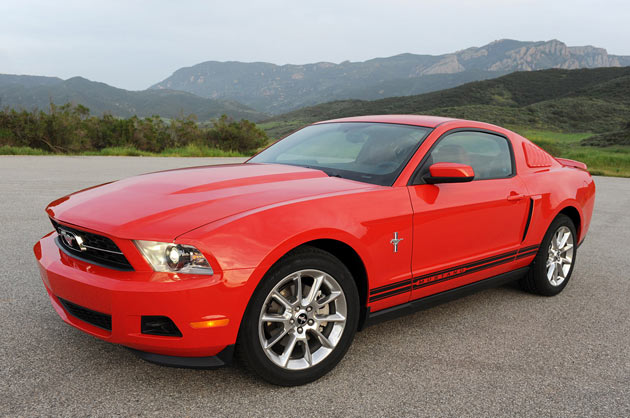 Ford has managed quite a performance with the new Mustang in the hot versions.

But they manage quite a bigger performance bump in the V6 version of the Mustang.

With great press right and left the Blue Oval decided to capitalize on the success of the 2011 Ford Mustang V6 and launched a few extras.

Possibly, the most interesting of the lot is the V6 performance package. The new Mustang V6 pack includes a 3.31 rear axle ratio which should help acceleration.

The new Mustang Pirelli performance tires should also help the V6 Ford Mustang quite a lot.

When you’re worried about the handling you’ll be pleased to know the kit also includes the front/rear stabilizer bars and the front struts and rear shocks/springs you’ll find on the bigger brother Ford Mustang GT.

And since this a sports car now, the Mustang V6 Performance package also offers up a new ESP system with a sport button included and a set of badges to flash at those looking at the car.

The really interesting part about this new performance pack for the 2011 Ford Mustang V6 is the fact that it doesn’t have a name yet. Ford decided that if they were to find somebody with a good enough idea they’d give a lease on such a Mustang for two years.

So if you feel like owning a Mustang with the only worry being gas money for about two years you should check this link.