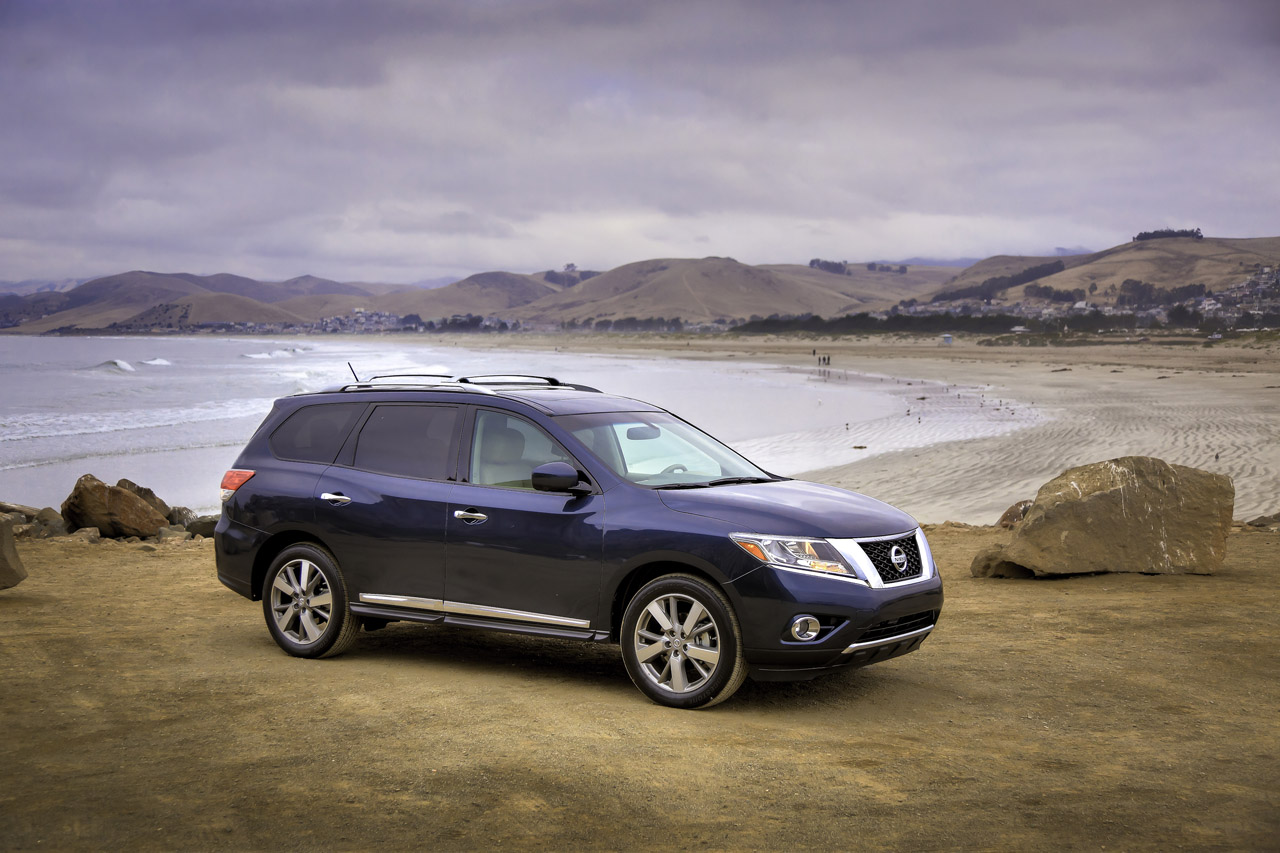 Believe it or not, Nissan has always made interesting SUVs and 4x4s but they weren’t always appreciated to their just value.

With the Pathfinder the situation used to be a two way street. Hopefully, the newly unveiled 2013 design will attract a more constant interest and achieve a better appreciation level.

The body now looks more slender while still being sufficiently aggressive and we see a constant level of improvements behind that new look as well.

The old school body-on-frame packaging was dropped in favor of a unibody construction. The big, inefficient V8 engine was also dropped.

That means you also lose some towing capacity but thanks to the clever tech in the new V6 engine every other aspect seems to lack nothing.

A 3.5 liter DOHC V6 sits under the bonnet producing 260 horsepower and being capable of an EPA-estimated 20 mpg city, 26 mpg highway and 22 mpg combined.

That’s the fuel economy level of the front wheel drive version of the car and it is also a staggering 30% better than the outgoing model.

Contributing to this sort of achievement is the fact that Nissan lightened the 2013 Pathfinder by about 500 pounds and fitted it with a new generation CVT automatic transmission.

Interior equipment levels are ever more generous and Nissan seem to offer all sort of stuff that you’d normally find on the options list with luxury cars.

At the top of the heap we find the programmable Nissan Intelligent Key, a clever sat-nav system, Bluetooth an astonishing 13 speaker Bose Premium Audio system with Satellite Radio and tri-zone entertainment system.