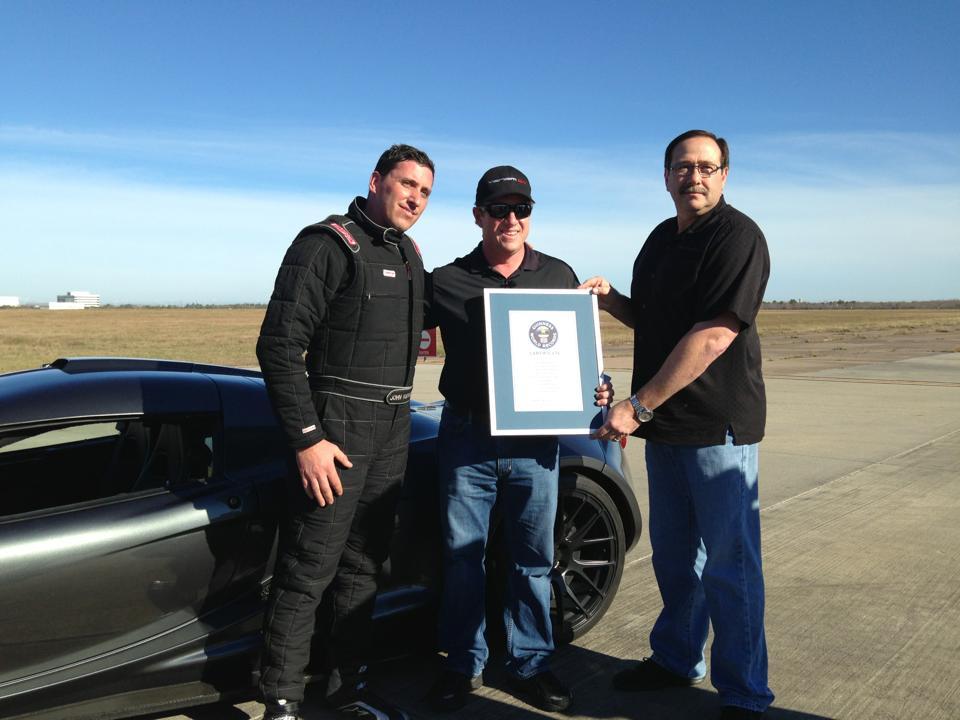 Hennessey officially announces that the Venom GT is the able to do the 0-300 km/h in just 13,63 seconds which makes it the fastest car do complete this task.

The new record was established in the United States at the Ellington Airport, the company also uploading a video which confirms this achievement.

This year, Hennessey will unveil the new Venom GT2, a model which is motivated by a 7.0-liter V8 engine producing 1,500 horses and linked to a seven-speed transmission. Considering that the new model gets almost 300 horses in addition, there is no doubt that it will be able to obtain even a faster time.

Until then, the current Venom GT is the fastest production car to sprint from 0 to 300 km/h.

“We are exceptionally proud of our team at HPE who helped to make this new Guinness® World Record possible,” says the company.

Here is the actual video showing the impressive capabilities of the American model.