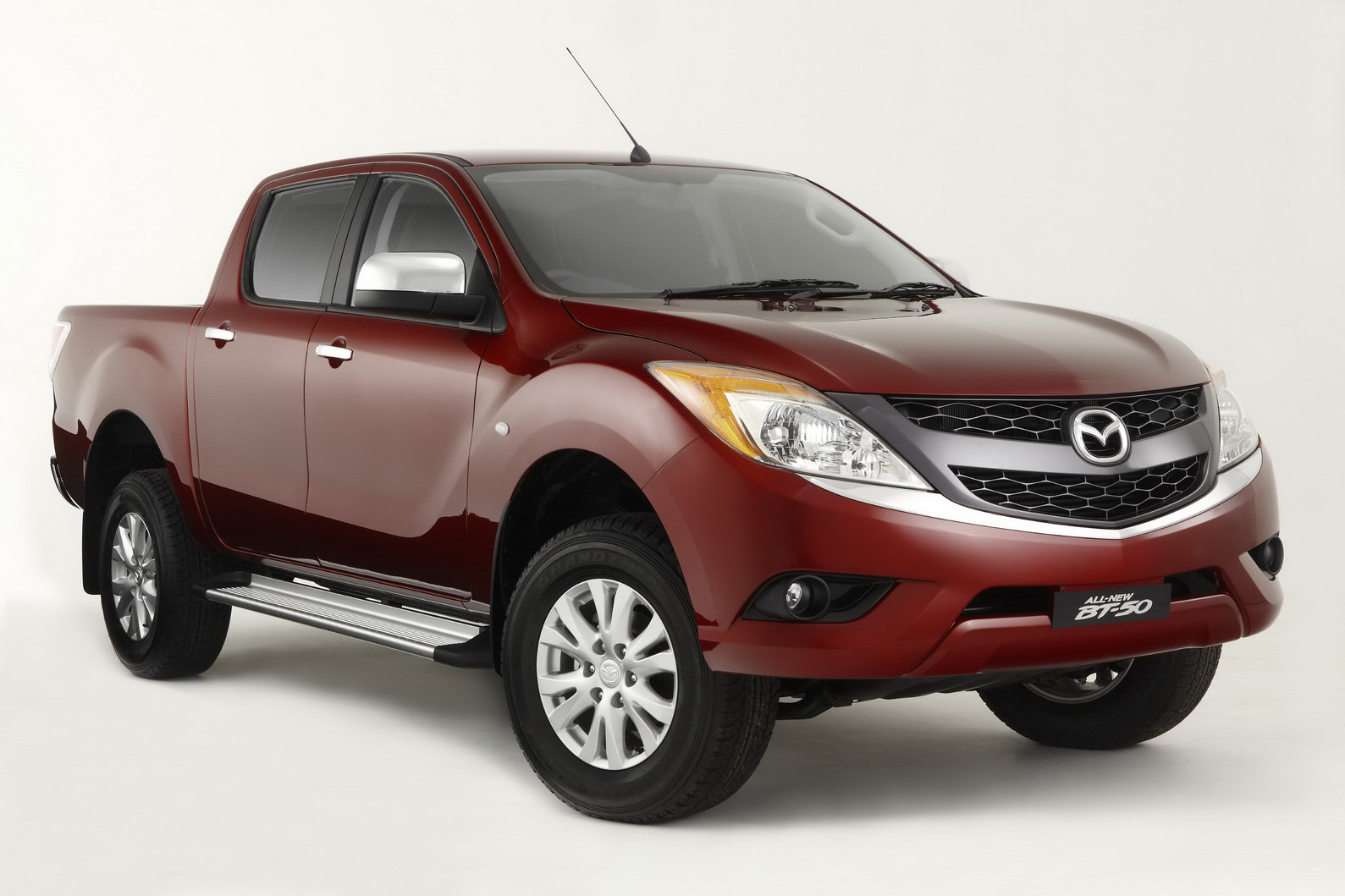 Remember the Mazda BT-50 Pickup Truck sketches that I was talking about here as still being in a teaser phase?

Well it turns out I was wrong, the latest news to come from the Australian International Motor Show being held in Sydney right now proves me wrong by revealing actual photos of the new Mazda compact pickup.

The Japanese version of the compact pickup that’s also been revealed as the 2011 Ford Ranger has been toned down a bit from those drawings we originally saw but it’s still a different look for the world of pickup trucks.

Since Ford already marketed their pickup truck and they admit to having added certain features that bring the Ranger closer to being a car than a commercial vehicle it seems that Mazda took the BT-50 concept and marketed yet the other way around.

According to the Zoom Zoom enthusiasts the Mazda BT-50 compact pickup truck is an attempt to bring the car closer to being a commercial vehicle as styling is slightly more important than the practicality of the interior.

At the end of the presentation Mazda have been saying that they will be bringing the new BT-50 compact pickup to markets such as Europe and Australia but no word on the US yet.

Another thing that is unsure is the release date as there is no mention of it but since Ford are labeling the sister car a 2011 and hope to deliver it in 2012 will call this the 2012 Mazda BT-50 and hope not to be proven wrong.