Mazda releases some sketches of a new pickup 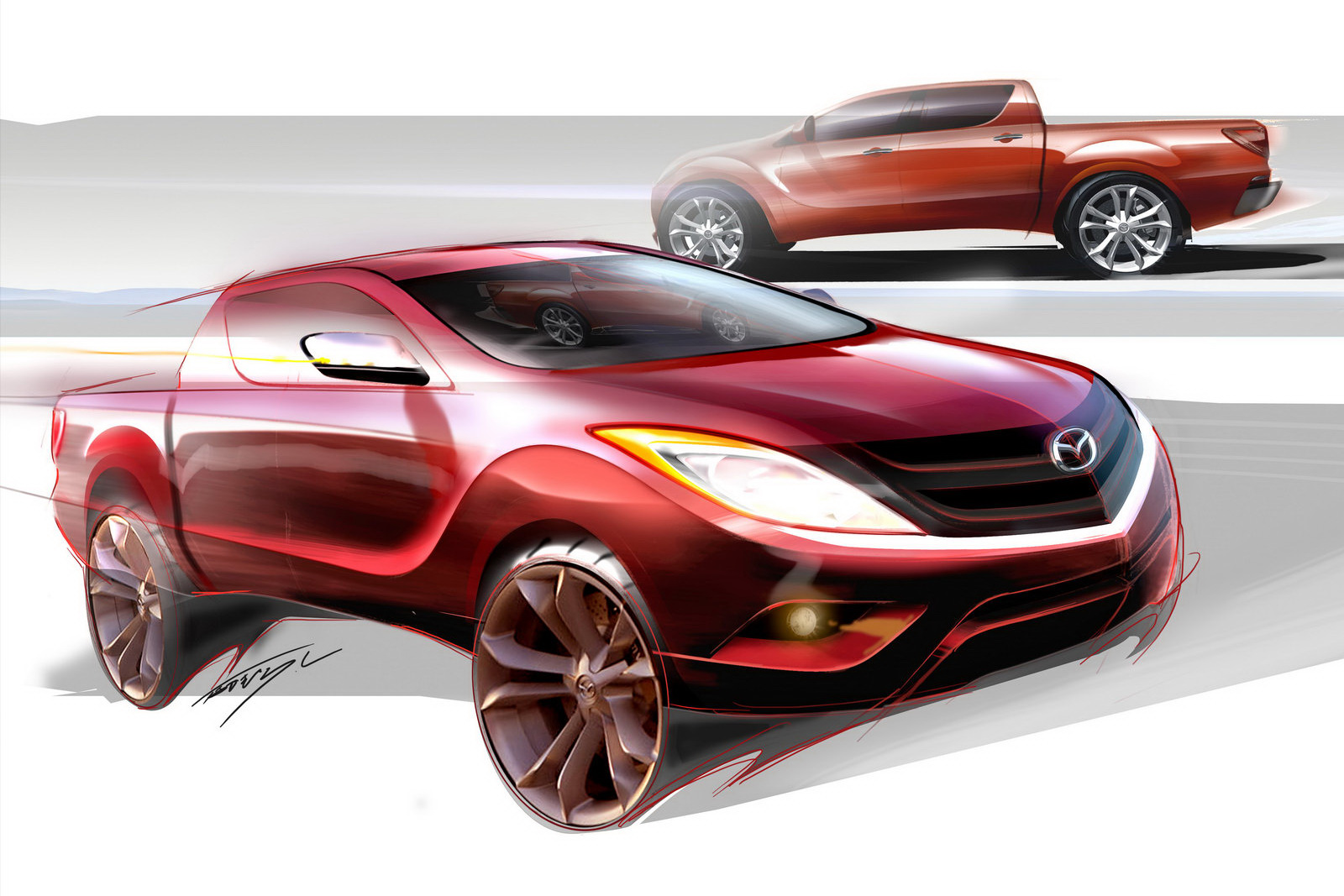 Beside the upcoming and very glamorous Paris Motor Show, there is another important chance for manufacturers to show off right around the corner.

I’m talking about the 2010 Australian International Motor Show in Sydney which will open its gates on October 15th and this is where the Japanese have something in store for us.

In a recent press release from Mazda they have included a teaser rendering of the all-new Mazda BT-50 compact pickup truck and as pickups go, this is something you definitely don’t see everyday.

However, no further details have been released on the car but we do know that it will have a sister car as the 2011 Ford Ranger and that the entire project will be the result of efforts made at a joint facility in Thailand. That facility is the AutoAlliance (AAT) plant and it will be producing both compact pickup trucks, after an investment of 350 million dollars. The scheduled date for release of these two cars is set o be somewhere in the middle of 2011.