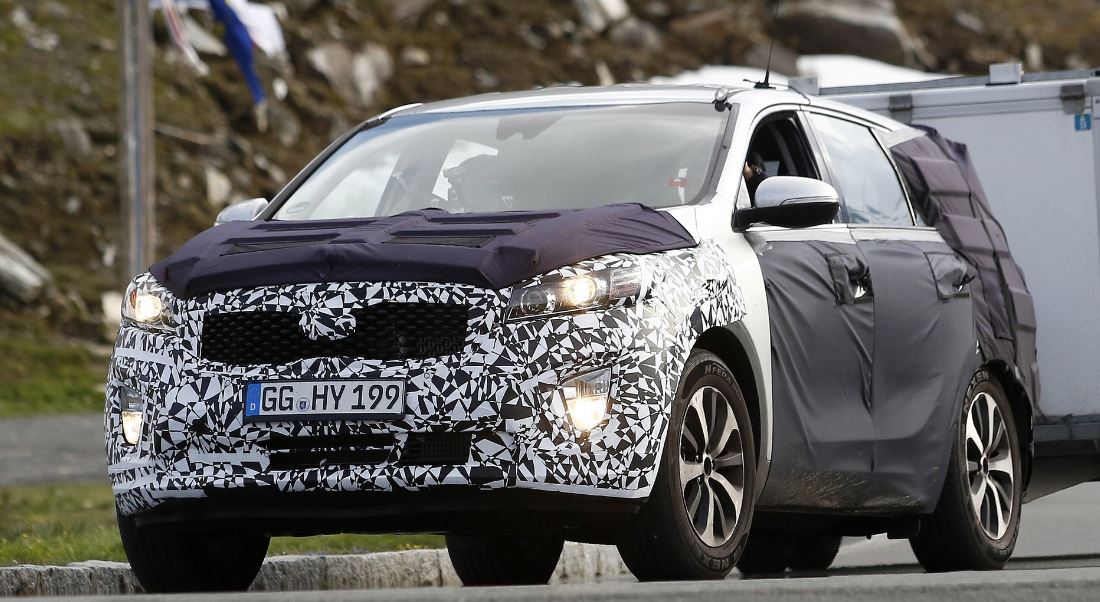 The 2015 Kia Sorento was caught on camera while undergoing some tests on mountain roads, which is a clear indication that the company`s midsize SUV is ready for the market.

The Sorento model is one of the most important models for the company and the 2015 version is set to come up with some body changes, at the areas where the model was spied wearing some camouflage.

More than that, the 2015 Kia Sorento SUV will also bear a longer wheelbase, as the model is a few centimeters longer.

Inside, things are also changed, as the cabin is now wider, with additional space for the rear passengers` legs.

In terms of power, the 2015 Kia Sorento will tweak the familiar 2.4-liter FGi, standing alongside the higher 3.3-liter V6 GDi, with rumors also announcing a hybrid version.

Other details concerning the SUV`s performance and technology inside are rather limited for now, but we should expect fresh info in the upcoming months.