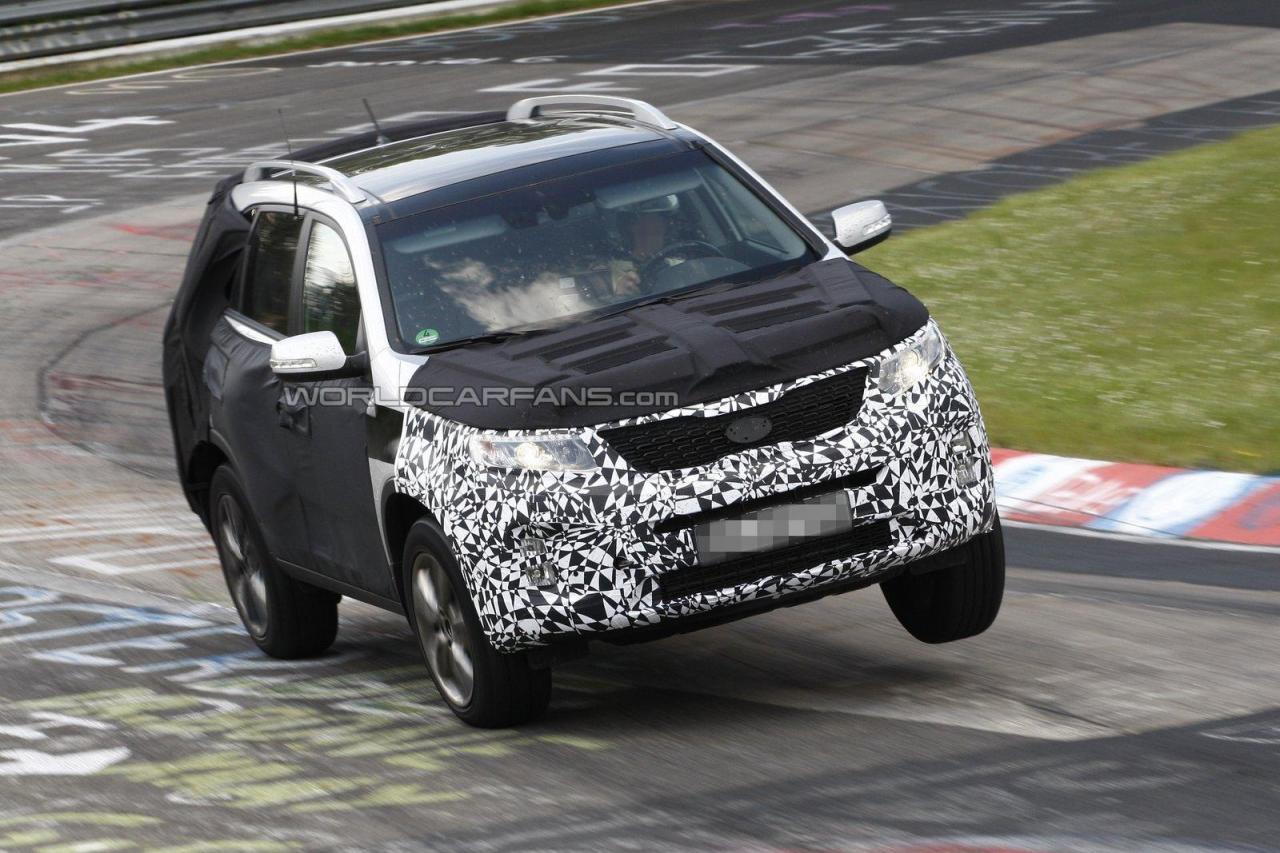 Everybody knows that nowadays you simply couldn’t dream up creating a car and putting it on sale without first testing it at the Nurburgring.

It’s an unwritten rule that everybody seems to be sticking by religiously. Which is usually a bad thing since most cars aren’t meant to go round a track.

Take for example the Kia Sorento. The mid-sized crossover is getting ready for a facelift and it was just spied in a compromising situation.

No, it didn’t have it’s trousers down but something about “its legs” was caught by photographers in an awkward position.

As you can see, the Korean built car was spied going round a corner with two wheels short of the usual number on the ground. That sounds like incredible fun or some serious suspension issues.

Either way, Kia can’t exactly start bragging about the lap times the new Sorento can manage can they?

I’m blowing things out of proportion; track speeds and hard cornering may create some sticky situations but in this case it looks to be a situation of driver error/over excitement that caused the Sorento to get two of its wheels airborne.

The actual facelift of the crossover won’t have anything to do with the platform it’s riding on and there’s going to be far too little meddling with the suspension setup and steering system as well.

Most of the changes are going to be cosmetic but rumor has it the Koreans are going to mess around with the engine compartment a bit as well. Still, don’t expect it to have more power than it can take.