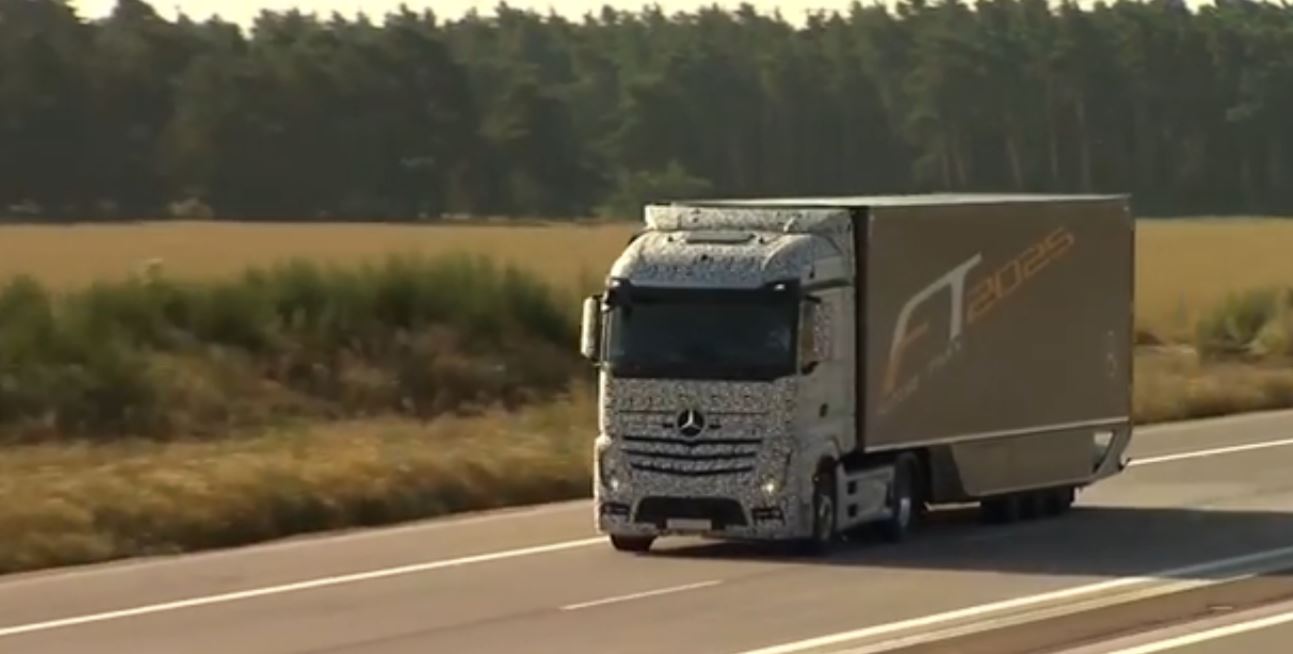 The Mercedes-Benz is not only good at producing luxurious models, as it is also a master in designing massive and powerful trucks, which is also the case of the Future Truck 2025 Concept seen in the video below.

As the name suggests, the Mercedes-Benz Future Truck 2025 Concept comes with futuristic safety gizmos or the Predictive Powertrain Control for road topography.

But the Predictive Powertrain Control does more than showing the exact road, as it also helps accelerate and brake in optimal conditions, improving the traffic flow and reducing the fuel consumption at the same time.

More than that, the Mercedes-Benz Future Truck 2025 Concept also features the Highway Pilot assistance system which drives itself up to speeds of 85 km/h, making the truck autonomous and safe enough to ensure a pleasant drive.

In terms of communication on the road, the Mercedes-Benz Future Truck 2025 Concept also tweaks a good voice system which allows truckers better communicate and keep in touch on the road.

So far, there are any details concerning the Mercedes-Benz Future Truck 2025 Concept`s performance, but judging by the video, we will keep it as low as possible.