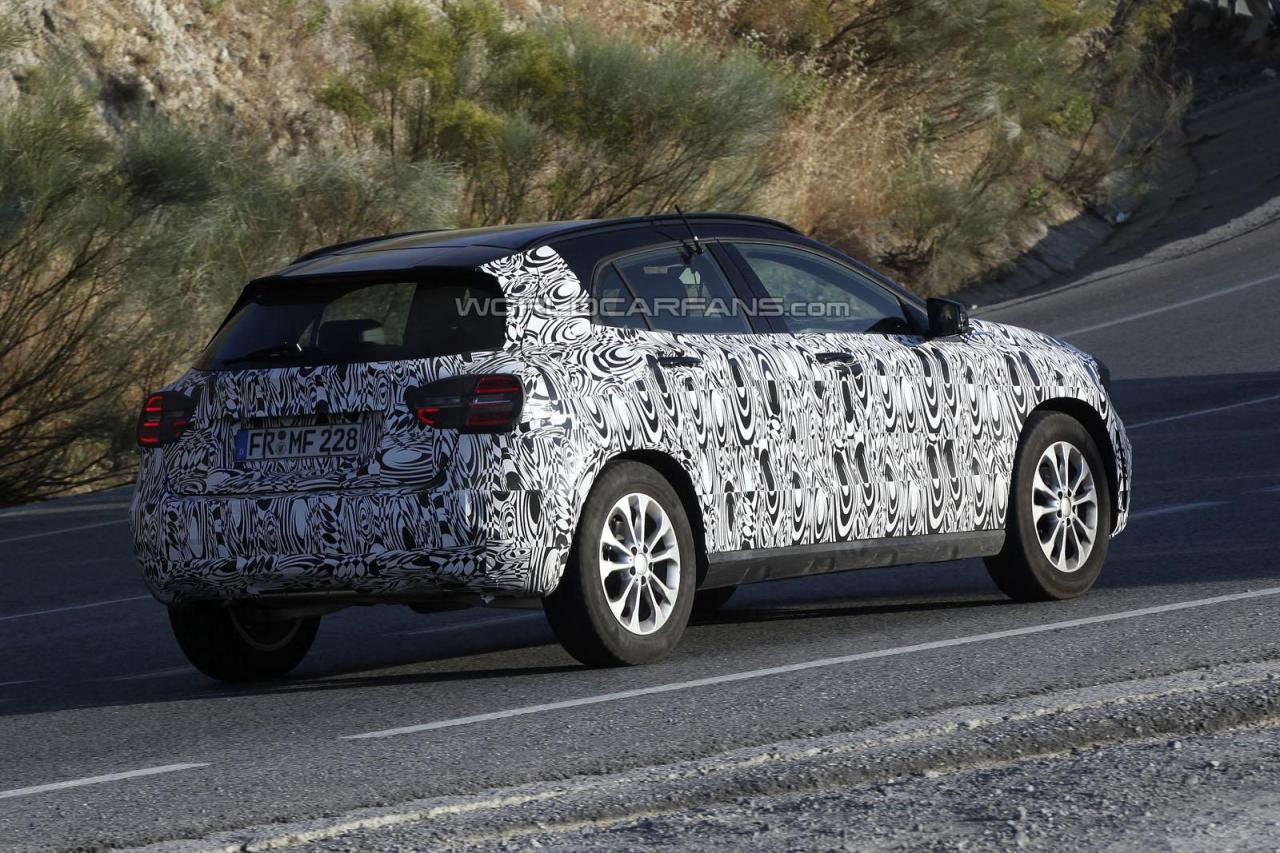 The new Mercedes GLA is getting closer and closer to its official debut, new spy photos being available today. Mercedes is intensifying the tests for the new crossover, a model which draws its inspiration from the concept with the same name.

Even the prototype is heavily camouflaged, we know that we should expect A-Class-like styling. The front grille, bumpers, fenders and rear end will be slightly revised in order to give the model a massive appearance.

Under the bonnet expect to see a total of four units, two diesels and two petrol units.

The entry-level version will be powered by a 1.6-liter petrol unit producing 120hp while a more potent 2.0-liter 207hp engine will be available as well.

On the other hand, a 1.8-liter with 134hp and a 2.1-liter 168hp unit will be on the list. If you want more power and some special AMG treatment, you are lucky as Mercedes will offer the GLA 45 AMG later this year.

The model in question should benefit from a 2.0-liter turbocharged powerplant capable to deliver a total output of 360 horsepower and 450Nm of torque.