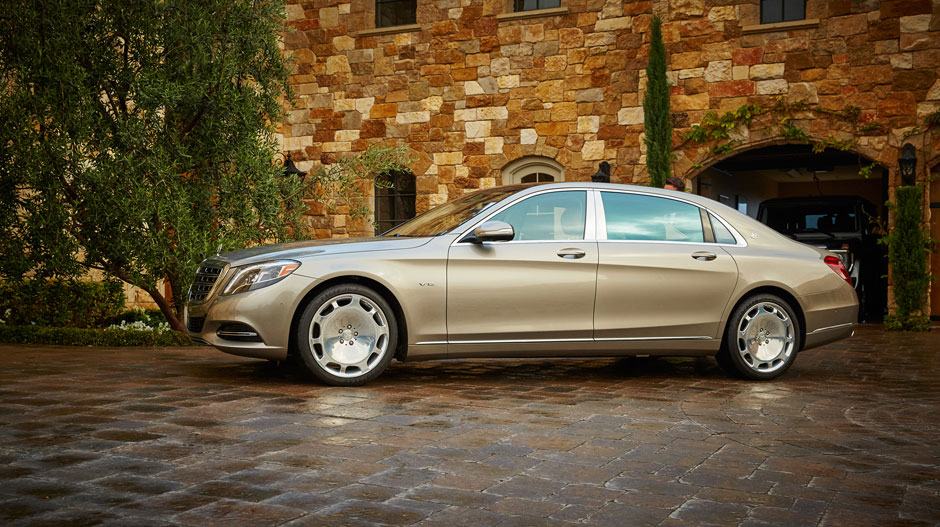 Incredibly spacious and truly heavy duty looking, this car acts like it surfs on land. Mercedes-Maybach S600 is still to impress with its features in 2016 but be aware of the features because they are special cheap.

Mercedes-Maybach S600 is a car for those who might not be interested in actually driving the incredible luxurious yacht. At a cost of just $189,350, the driver could fill four more seats inside the car and press the acceleration pedal enraging the 523 bhp of a 6.0L biturbo V-12 engine not worrying about the seven speed automatic gearbox while drinking champagne that cooled down in a refrigerator hidden in the trunk accessible from the backseat.

During five seconds that Mercedes-Mayback S600 takes to get from 0-60 mph, will be enough to adjust the seats to heat up or in case of a hard laboring work in the mine setting the massage feature would release some tension, if that was not enough Maybach S600 has a couch patato friendly design, in-seat integrated leg rest design that will make anyone feel fabulous and comfortable. Arm rests for every passenger with cup holders that will not allow drinks to become a danger while they cool down or heat up due to the feature offered by the cup holders, yes it heats up beer.

Remember about the seats that can cool down on a sunny day or massage passengers backs? The seats are also active which means that the sides of the seats are inflatable for a better grip of the passengers and keep them safe while cornering, who needs a hug can just ask Mercedes-Maybach S600.

Driving in traffic, having a clutch problem and being forced to kill the engine every other minute not only that damages your brain but it also hurts the car so bad. Something similar applies for Maybach S600 but instead of a clutch problem it has an eco stop-start system which gets annoying hearing the engine rumbling at every police officer that gives directions in traffic and stops everyone because of an ambulance that has the mission of saving some individual who jumped from the second floor because that is a fun thing to do.

It takes a good turn when reminding the coordinated operation of the Magic Body Control suspension and Road Surface Scan implying cameras scanning ahead the surface of the road for a softer behavior, this way the Maybach S600 offers a smooth ride just like expected under the influence of clean and ever-fresh smell of modern processed leather.