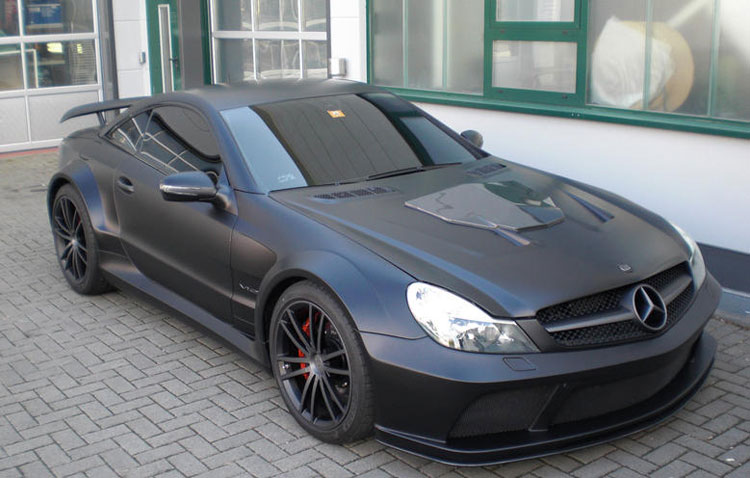 Tuners from BRABUS have developed a performance package for Mercedes SL65 AMG Black Series that is called Vanish. With its help, the German model develops 800 horsepower. Brabus, home tuner of Mercedes decided to show a new face for the SL65 AMG Black Series. The aerodynamic and performance package was created specifically for a client in Dubai, German tuners will create 350 such units.

The artwork of Brabus was baptized Vanish and hides under the hood a 6.0-liter V12 twin-turbo.The engine of the Mercedes SL65 AMG Black Series received a new set of turbines, with which the German model can produce up to 800 horsepower and the torque was limited to 1,000 Nm. Regarding the new car’s performance, it sprints from 0 to 100 km/h in about 3 seconds, and speed which can be reached is 320 km/h

At exterior, Brabus Vanish enjoys a carbon fiber kit that reduced vehicle weight with 250 kg and a body color painted matte black. For external tuning to be complete, Brabus designers have mounted on Vanish new wheels painted in body’s color.