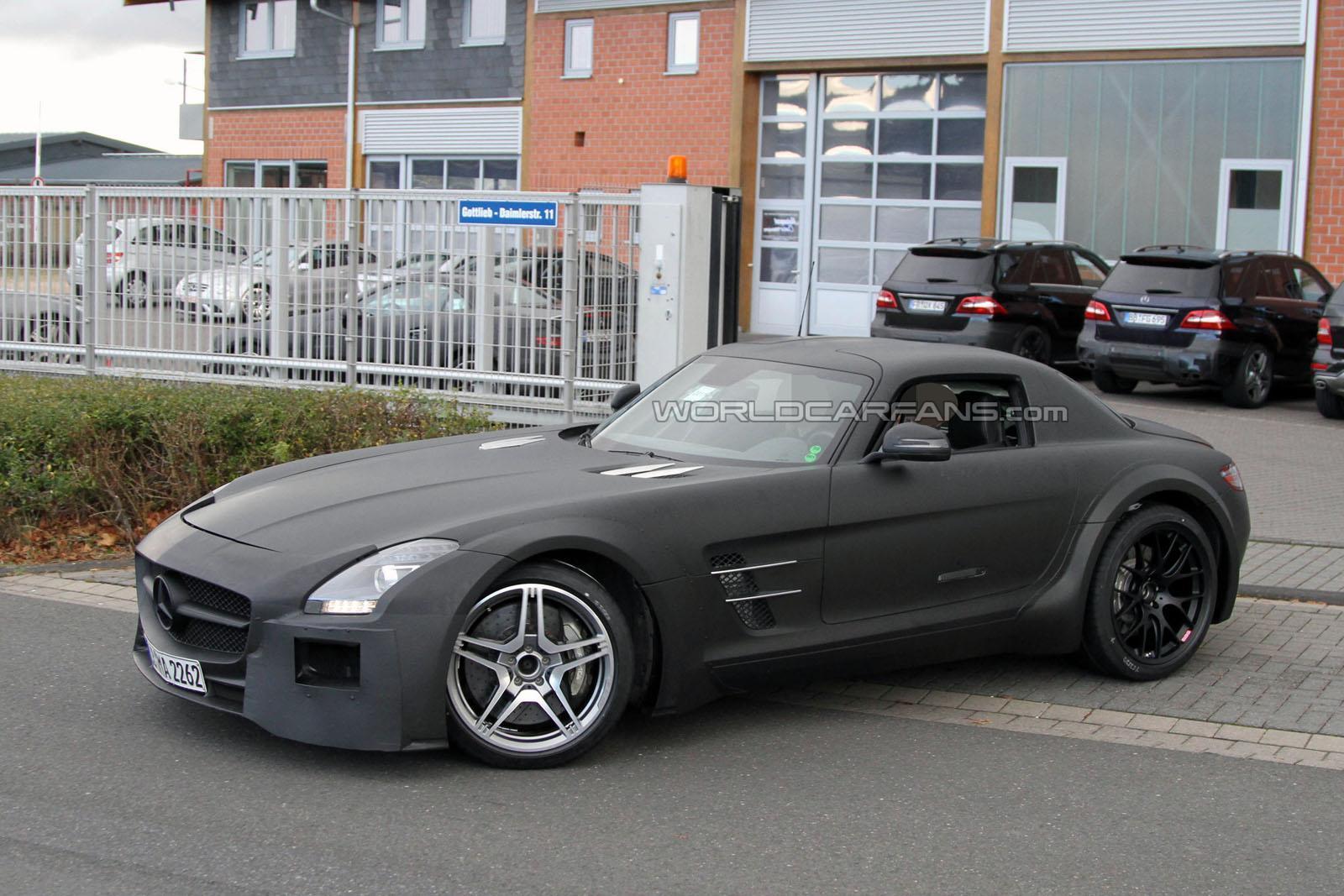 Since we live in a world where manufacturers seem to be keen on offering a car for everybody, literally, it’s almost no surprise to see Mercedes come up with this new model.

The market for this new model is going to made up of those who think their flagship Mercedes SLS AMG isn’t fast enough, striking enough or, crucially, uncomfortable enough.

That’s because the Mercedes we see here is the SLS AMG Black Series and since it was spied next to and on a test track, you can imagine what its main focus is to be.

As part of honoring its name, the Mercedes SLS AMG Black Series we see here wears some matte black paint instead of the traditional zebra striped camouflage.

It’s a brilliant decision on behalf of de R&D team at Mercedes’ AMG division, particularly their special unit at Black Series for it lets us take a sneak peek into how their new creation will look like.

Going along the lines of Black Series products, the Mercedes SLS AMG seems to get the same sort of flared wheel arch containing body kit, a lowered stance and bigger wheels and tires all around.

The suspension system will probably get as beefed up as the outer looks but what is important about this Mercedes SLS AMG is that the enormous 6.2 V8 engine pushes out more than 600 horsepower.

Most speculation says the Mercedes SLS AMG will be lightened but none of the black series products have really managed that despite extensive use of carbon fiber and equipment being taken out.