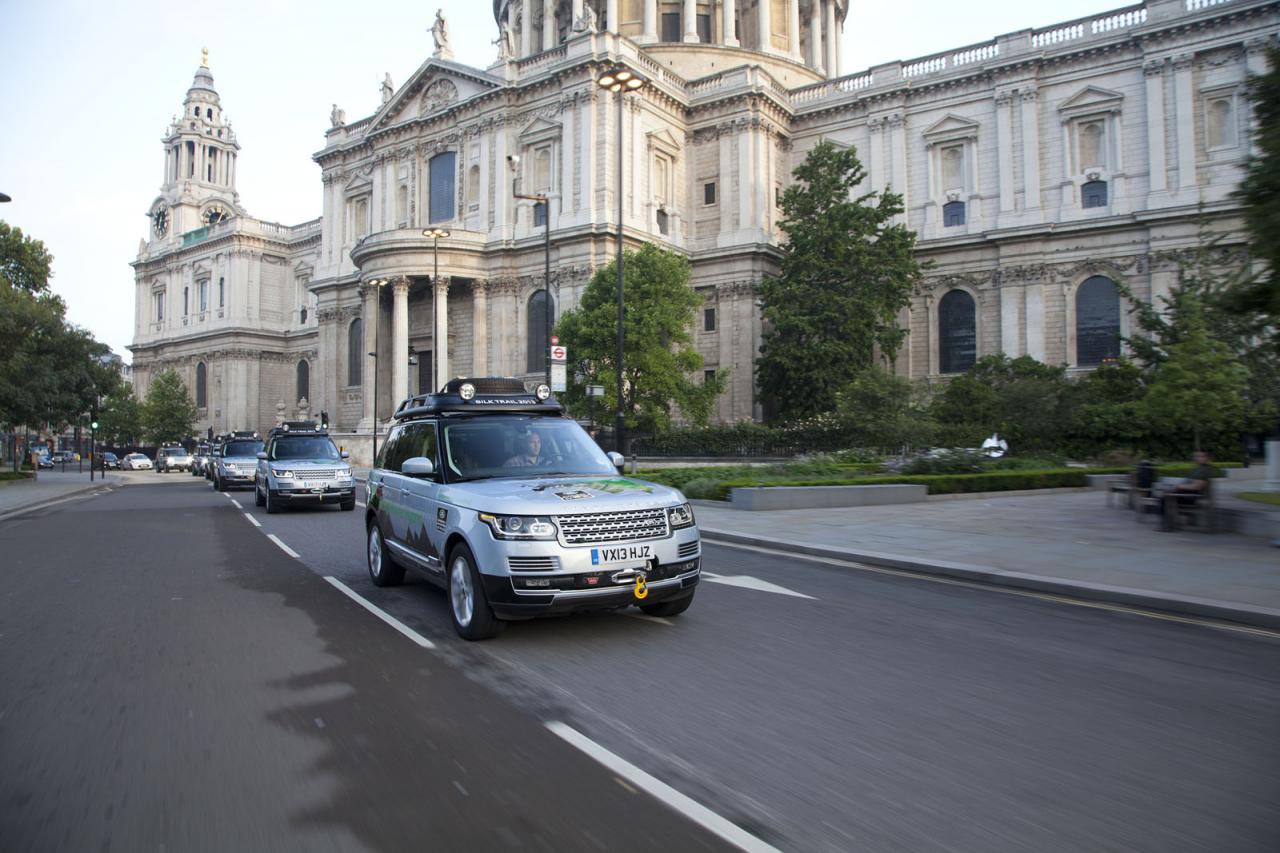 The British folks at Land Rover announced that the all-new Range Rover Hybrid will take part of the Silk Trail 2013 expedition. We talk about a 9,950 mile route which started on August 22nd in Solihull and will end on October 15th in India.

The new Range Rover Hybrid packs a 3.0-liter turbodiesel unit and an electric motor. The total output reaches 340 horsepower and 700Nm of torque, enough for a 0-100 km/h sprint in 6,9 seconds and a top speed of 218 km/h.

However, the most important figures are the fuel economy numbers, Land Rover announcing an average of 6,4 liters/100km with CO2 emissions of 169 g/km.

This expedition will take the models through several countries such as France, Belgium, Germany, Poland and all the way up to China, Nepal and India.

“We are delighted with progress so far, but the European leg is the easy part with good road networks,” says the company.