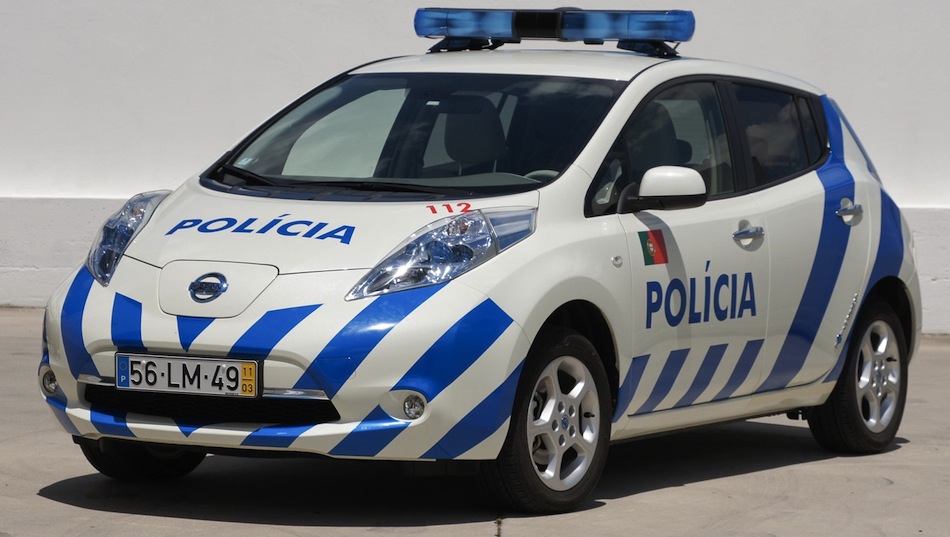 Nissan’s Leaf is having a swell time in Portugal. The Iberian country has one of the finest EV infrastructures in the world.

The same country also has some stunning bits of road but what seems to be fairly interesting is how they’re now increasing their support for the car.

Not only are they loving the Nissan Leaf EV and have a great policy on the environmentalism issue but they’re now buying the car for Police use.

The Portuguese cops that get these cars aren’t going to go the highway chase route and probably won’t get too much work rushing between distant places either.

In actuality the Leafs (Leaves?) will be at the disposal of PSP, a special security force responsible for policing the large urban areas.

Even at that, the Nissan Leaf EV Police car won’t be focused on the heavy lifting duties at all. Apparently these new cars will be involved with something called the Safe School Program.

According to superintendent Paul Gomes Valente, National Director of PSP, there’s some serious pride to be had with having the first zero emission fleet in the world.

It seems that the Portuguese cops will have a fleet of some 5.000 vehicles to wear the infamous ZE badge which is a good thing.

Might as well keep the air around children as clean as possible. Just make sure that the cars they actually have to chase down criminals in are more capable than that.

Just over 100 horsepower doesn’t really feel like enough if the thief can actually… you know, run.