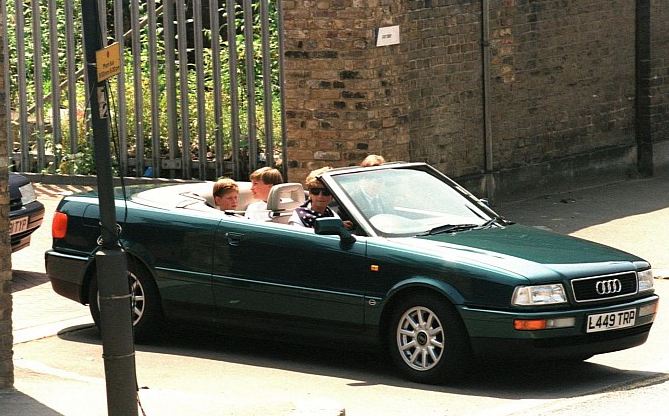 Princess Diana was a beloved public figure and member of the British royal family, and her tragic and controversial demise was mourned worldwide.

There are even those that loved her so much that any memento related to her would be a real treasure. For those people exactly, the COYS auction house will put on the market a 1994 Audi Quattro Cabriolet that belonged to the late princess.

Usually when a vehicle is auctioned off, the starting and estimated prices are determined by the rarity and condition, but in this case, an accurate pricing can’t be estimated. And that’s because the Audi Quattro’s value come not from the car itself but rather from the owner.


But COYS did their best and put a guide price on the car between 20.000 GBP and 25.000 GBP, but the amount it will really fetch really depends on how much a potential buyer cared for lady Diana. Sporting a 2.5 liter engine, the Audi Quattro Cabriolet has only 33.800 km on it and it is in almost perfect shape. Until the auction kicks off, the vehicle will be displayed at the Grange Hotel, where you can put your sealed bids if you want a head start on the auction.