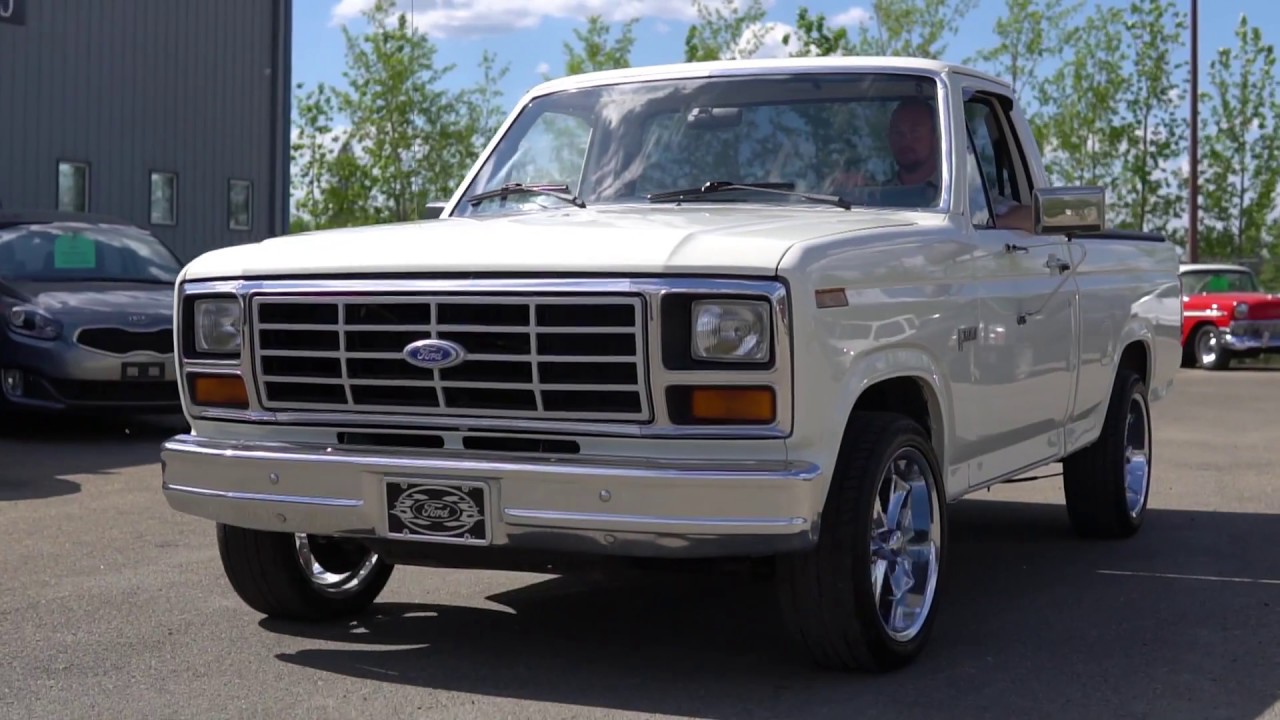 The Ford F-100 series was one of the most popular trucks which were built in America after the Second World War, it was produced from 1948 to 1983 after that new ford series had already been developed, which came with new technologies, much efficient engine and provided luxury to the people. But if you are thinking Ford F-100 wasn’t much, then, believe me, you are pretty wrong, here are some reasons to buy the Ford F-100.

Ford F100s were considered small powerhouses at that time, if you’ve ever popped open the hood of any F100, then you’ll know exactly what I am talking about. The earlier generation F100s had 223 CID Mileage Maker I6, which used to produce 114HP, and it was amazing at that time, the last generation models had 352 CID FE V8 which produced 208HP, which made Americans its fan.

The Ford F-100s can be described in one word – stylish, its earlier models had rounded hoods, smaller wheelbase, and low carrying capacity, but it was a delight to look at. As the generations went by, the rounded hood was replaced by a flat hood, the wheelbase also increased, the grill became its signature style. If you own a Ford F-100, then believe me if you take it out for a ride, then people will turn their head to look at the beauty.

If you have a Ford F-100 and you are planning it to sell it, then stop right now, because it’s worth a fortune, a restored version of Ford F-100 can be sold in an auction for around 65000$. If your Ford F-100 is in good condition, it’s fine, if not, you can buy Ford F100 parts, restore it, and can sell later to a collector or you can auction it.

It represents the American dream

The post World War era was difficult for some countries, but it was the time when America raised its wings and flew to the sky. Ford trucks are synonymous with the American dream when our fathers and our forefathers worked very hard to build this nation and get us where we are today. Owning a Ford F-100 truck isn’t just owning a vintage truck, but it’s also owning a part of America’s amazing heritage and history.

But you can’t really buy a Ford F-100 truck from Ford showrooms, as the series was discontinued in 1984, but fret not you can buy one from people who own it or from people who want to sell it to buy the new series or something else. Truth be told, the Ford F-100 which you will buy will most probably be in a bad condition and will need to be restored. You can buy Ford F-100 parts and either restore it yourself or can get it restored by someone else. Ford F-100 lowering kits are also available nowadays, and it can help you to lower your Ford F-100 trucks, which looks pretty cool, to be honest.

Tweet Tweet Is it true that big cars are safer than small ones? Does size matter when it...