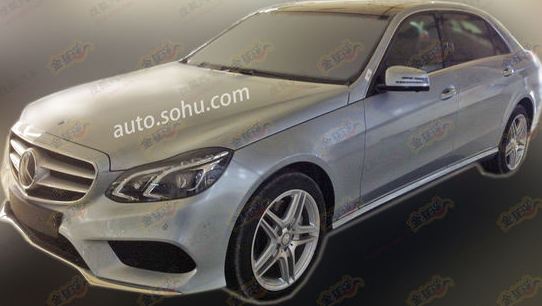 The first spy shots of the E400L Hybrid Merc have beed leaked from China. And with the official unveiling so close. Making its debut at the Shanghai Auto Show, the E400L will be quite a gamble for the german car maker.

The Mercedes E400L Hybrid will be a first for the chinese market, and even though it is a big market, it might not go so well, as the high price might be frowned upon.

Both Audi and BMW plan to introduce hybrids in china, but Mercedes is the first one to test the waters. They even advertised it differently than the european version, with emphasis on performance, rather than economy and ecological concern.

And it will not only be the first hybrid Mercedes introduces, it will also the the most powerful of their locally built vehicles. It sports an electric motor and a 3.0 liter V6 twin turbo engine capable of 333 horsepower to put the beast in motion.

But until the Shanghai Auto Show when we will learn more about Mercedes-Benz’s gamble, we will just have these spy photos to give us an idea.