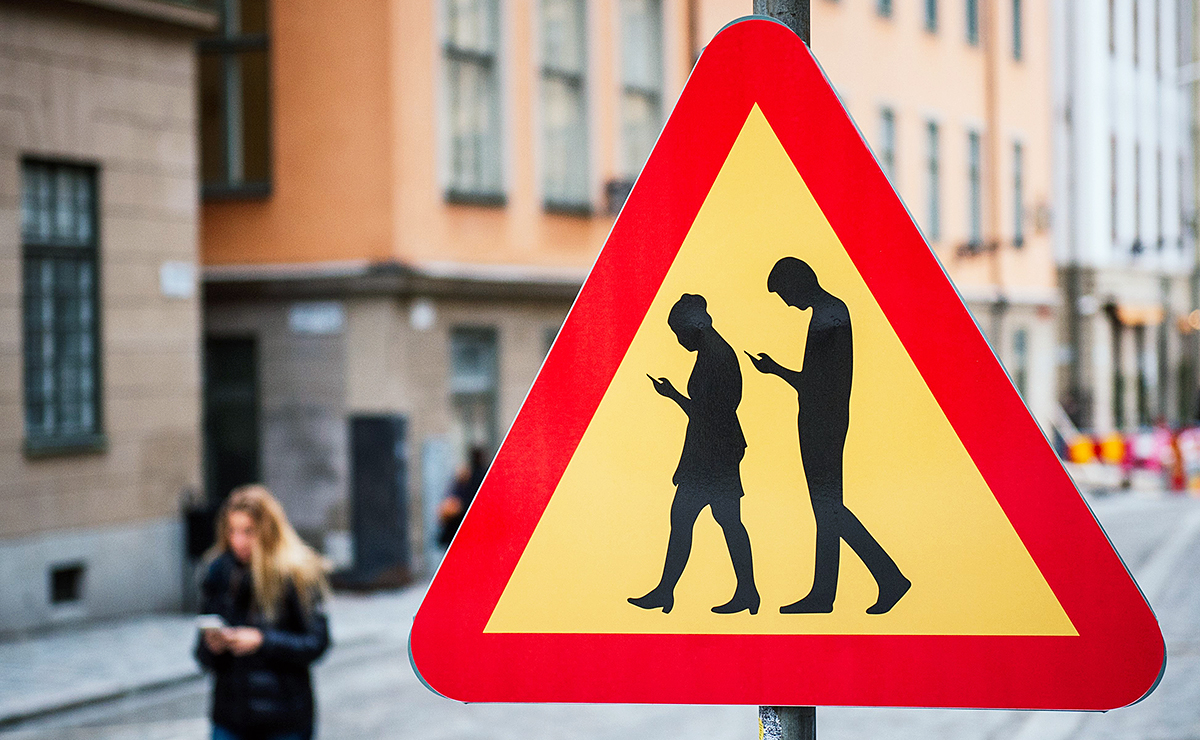 There are so many of us using our smartphones while walking! It’s no wonder, since so many applications keep us close to the phone and far from reality.

Apparently, it shouldn’t be any problem in it. In reality, however, paying attention to the phone’s screen makes the pedestrians indifferent to the surrounding world and its dangers. Being aware of this problem, two Swedish artists came up with a road sign intended to “wake up” the phone-addicted pedestrians.

Their recipe is symbolic: the sign shows a woman and a man walking while they stare at their phones. The red and yellow color combination is pretty striking and makes the sign visible. Sure, there were various reactions on the social media: some users blamed the phone-glued pedestrians, others were amused by the sign and the third category was happy with the invention. In my opinion, being a new, unusual sign, it will be effective for a short period. But as any other thing people get used to, it’s a matter of time until it will become just another warning sign.

That’s why, in addition to the static visual sign, I would suggest a buzzer near it, because while staring at the phone, everyone is immersed in the virtual world. A blinking light, situated low enough to be seen by the heads-bowed phone users, activated by a perimeter sensor or by a camera capable to identify the pedestrians’ eyes could also be helpful. Oops, maybe I should patent this invention idea myself!