Caterham Seven made of lego 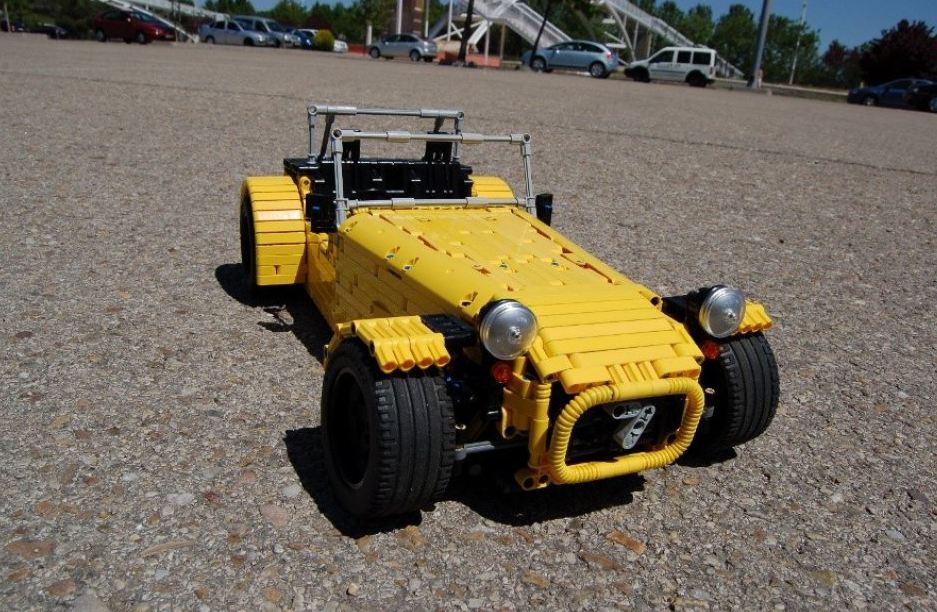 There are a lot of car enthusiasts out there that dump huge loads of money, time and effort into their passion. Then there are those that don’t just love one thing, but two or more.

Such is the case of a certain guy going by the name Sheepo, that combines his love of cars with his passion for Lego.

From this union many interesting projects have emerged, like suspensions made of Lego or even a Land Rover Defender. His latest project involves a British track icon, the Caterham Seven. Made completely out of Lego, Sheepo’s version of the Seven is a one to seven scale model that keeps very close to the original.


The Lego Caterham Seven has working steering, double wishbone front suspension and Ackerman geometry in front, a three link De Dion rear suspension in back and even disc brakes. When Sheepo built the gear box, he deviated a bit, building a five speed sequential gear box that even includes a reverse.