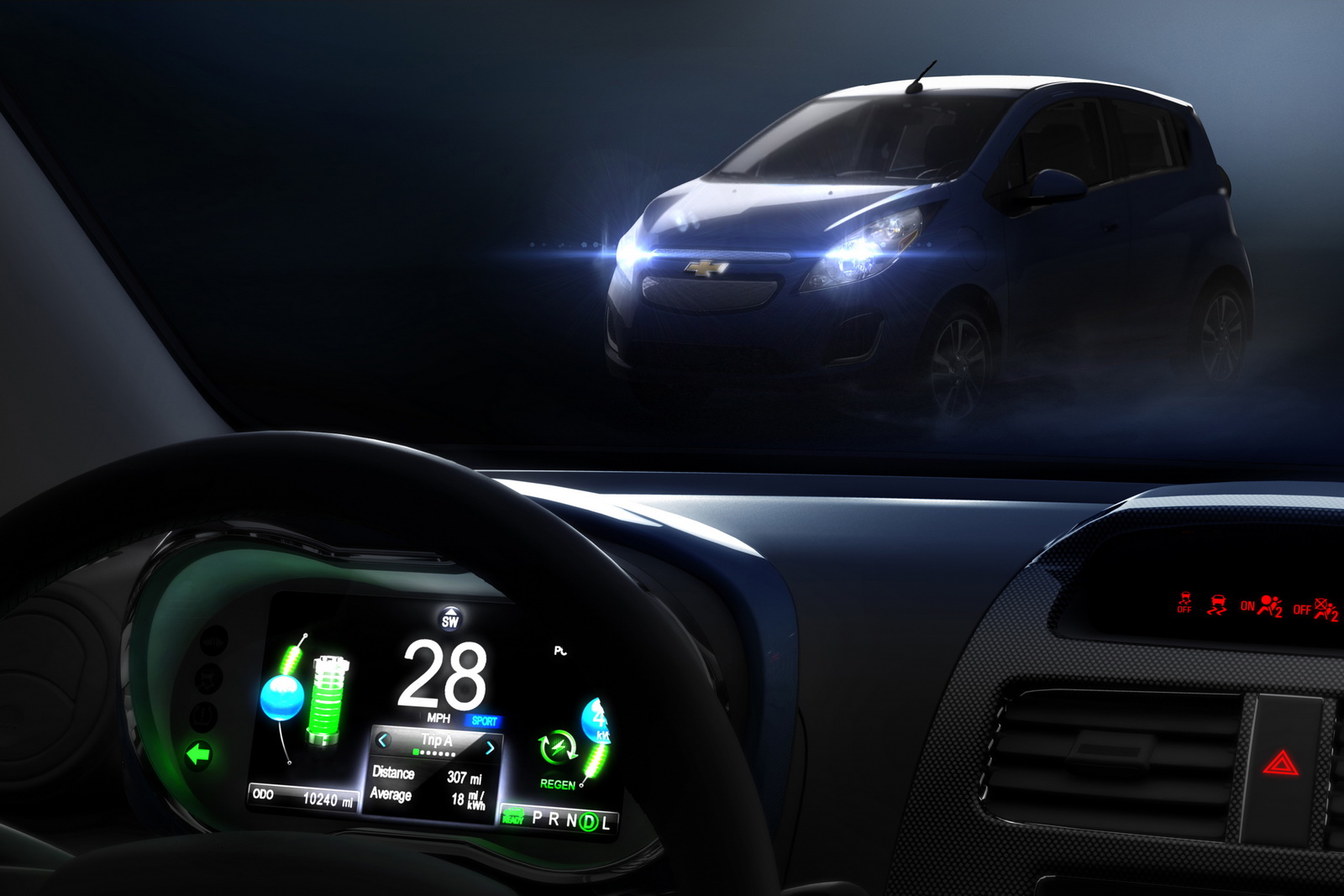 The recent story of the Chevrolet Volt EV having some problems with the battery have really pushed the guys at General Motors towards rethinking their strategy.

In order to give the soon to be unveiled Chevrolet Spark EV a better chance at charming the yet unconvinced public of automotive buyers, it will feature a new battery technology.

Called lithium phosphate technology, the new battery power source really is a next generation solution. GM claims there’s a number of reasons for this and it seems like they’re not lying.

The Chevrolet Spark EV’s new battery pack will be better in so many ways than the traditional lithium ion power sources.

Their construction makes for safer conditions and is claimed to bring along longer lasting range. The latter opens up for some discussion.

Lithium phosphate chemistry has its plus points, most importantly of which, GM says, is the better situation with heat management.

This would, in theory at least, give the Chevrolet Spark EV a better range under difficult weather conditions, particularly when operating in colder climates.

The only downside of the new batteries GM will stuff into the electric Chevrolet Spark is that for now, they can store less energy.

There’s a lot more room for development and the lithium phosphate have better odds at being the future of batteries but that future isn’t here yet.

The Chevrolet Spark EV is expected to get an unveiling in 2013 and, provided it keeps to the plan, will be one of the first cars ever to use this battery technology and certainly the first in its class.