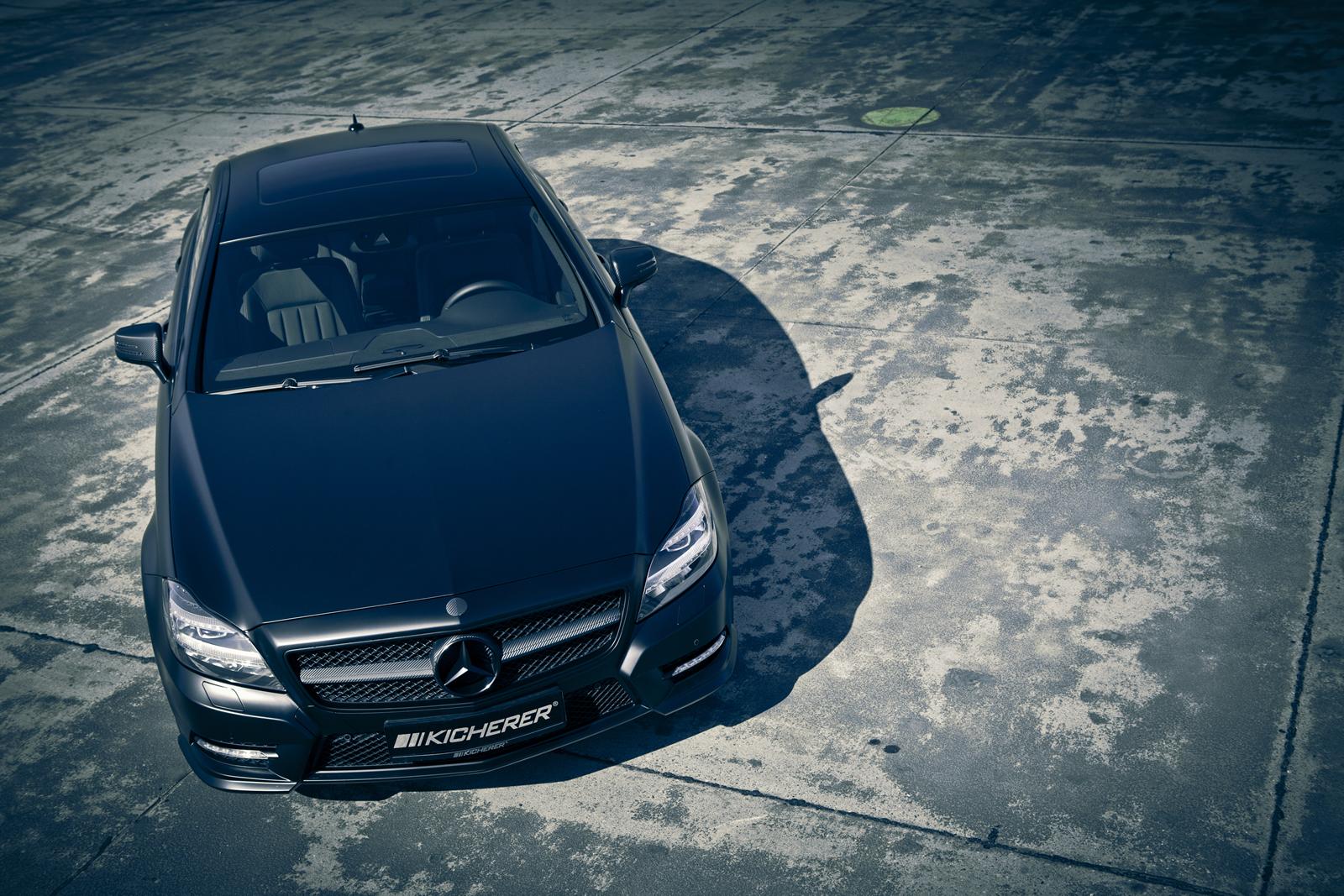 For some reason, AMG’s Black Series division isn’t creating a special edition of the stunning Mercedes CLS and that is kind of sad.

No matter, the tuners are watching and after some careful consideration of the matter, the Germans at Kicherer took it upon themselves to make one.

Appropriately named the Mercedes CLS Edition Black, it is one heck of a conversion done to the 500 version of the three pointed star’s four door coupe.

In standard trim, the Mercedes CLS500 Edition Black would come equipped with a 5.5 liter V8 engine that’s got twin-turbo chargers added to the mix.

That setup develops 408 horsepower and 442 lb-ft torque which is quite a lot. Let us remember that this is a German tuner we’re talking about so added power is clearly necessary.

Having pumped up the system with a new exhaust system and a reprogrammed ECU the 2012 Mercedes CLS Edition Black now develops 470 horsepower and 510 lb-ft of torque.

There’s been a series of updates to the brakes but the added stopping power isn’t as impressive as the grunt. That could be somewhat problematic for Kicherer’s less experienced buyers.

Unlike Mercedes’ Black Series models, this CLS Edition Black doesn’t get upgraded suspension components, new drive shafts and the like.

Instead you’ll have to be satisfied with the updated looks. According to Kicherer, even though the naming may seem similar to the hottest Mercedes products out there their product is no such thing.

The added power is a bonus but what is important here is the updated set of looks. Kicherer tended to the exterior aspect with new five spoke 20 inch alloy wheels that are painted black and come with a chromed lip.

More black can be seen, in matte form this time, on the exterior paint and even underneath the car, on the actual chassis of the thing.

We’re not sure why the tuner decided to do this but they seem to be very proud of having tended to the looks of something that can’t be seen.

Some carbon finished bits are also added to the mix and despite the already very good interior the basic 2012 Mercedes CLS500 comes with, Kicherer will be leaving a mark there as well.

Thankfully, it’s a very nice change because they’ve only added some “piano black” laquer accents to the dashboard and most of the wooden trim on board.