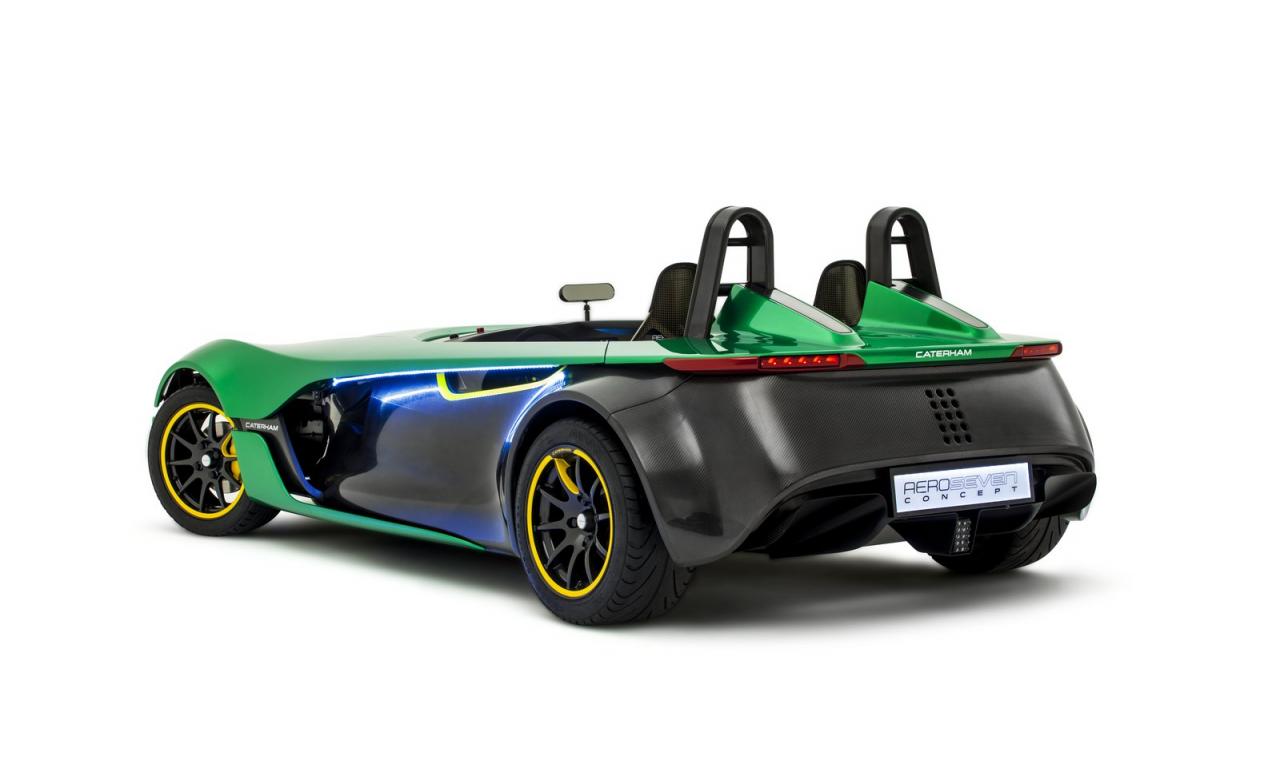 Caterham officially unveiled a new concept model at the Singapore Grand Prix. We talk about the AeroSeven Concept, a prototype which is quite similar to other production models in the range.

It features a futuristic appearance but is meant to preview an upcoming production model which should debut next year. The British model is based on the Caterham Seven CSR platform and is equipped with a 240-horsepower Ford engine.

Even the performance figures are not overwhelming, the low total mass of the model makes the 0-100 km/h sprint possible in just 4 seconds.

“The AeroSeven Concept is stacked with race car-inspired features, including aerodynamic styling, an exclusive steering wheel with driver-focused functionality,” says the company.