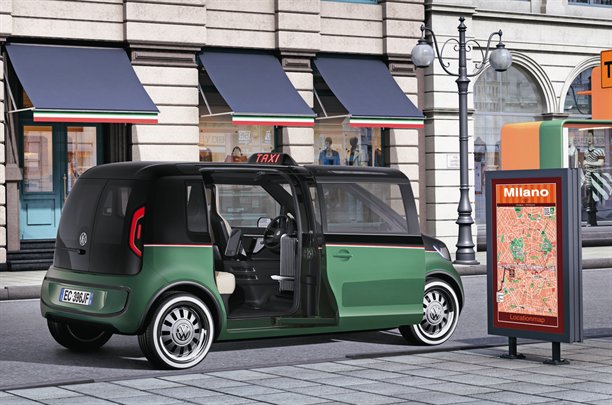 As a confirmation of their bold plans, the German manufacturer unveiled today at Hannover Messe, the Milano Taxi concept, a MPV tailored specially to serve transport in major urban agglomerations.

The model, named Milano, because it borrows the traditional colors of the Italian city taxis, measures 3.73 meters long, 1.60 meters height, 1.66 meters wide and promises a total mass lower than 1500 kg. The electric model is powered by a 115 horsepower engine, able to provide the taxi a speed of 120 km h and an autonomy of 300 kilometers. In addition, the lithium-ion battery pack can be recharged to 80% in just one hour.