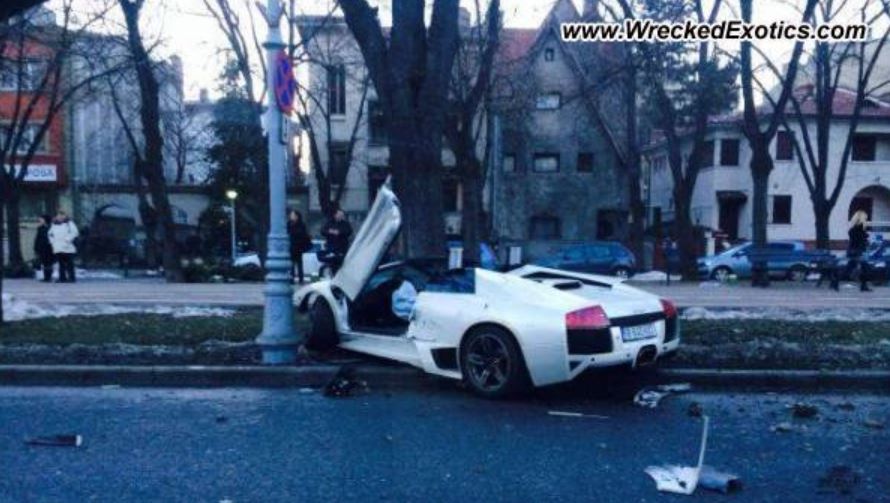 Bucharest, the capital of Romania, is the unfortunate land of lots and lots of crashes and fatal accidents. Fortunately, this was not the case of a driver, being behind the wheel of his Lamborghini Murcielago Roadster.

Supersports car combined with pure madness behind the wheel, can be a dangerous combination in Bucharest, especially on wet roads.

The center of Bucharest has been the place of an unexperienced rich guy who managed to crash its Murcielago.

According to Wrecked Exotics, the driver lost control because the road was wet, and crashed into a tree. Rumors state that there were also an SUV involved in the crash, whose driver didn’t see the supercar and tried a quick maneuver.

What we do know is that no one was injured during the accident and the only suffering matter is the driver`s ego, as the SUV seems to be out of the question here.

To be a reminder, Lamborghini Murcielago LP640 Roadster was introduced as officially in March 2006, at the Geneva Motor Show.

The model involved in the accident has an increased engine of 6.5-liter, producing a massive 631 hp at 8,000 rpm. The Murcielago was soon replaced by the Aventador model.