Volkswagen Golf GTI gets a power hike from HG Motorsport 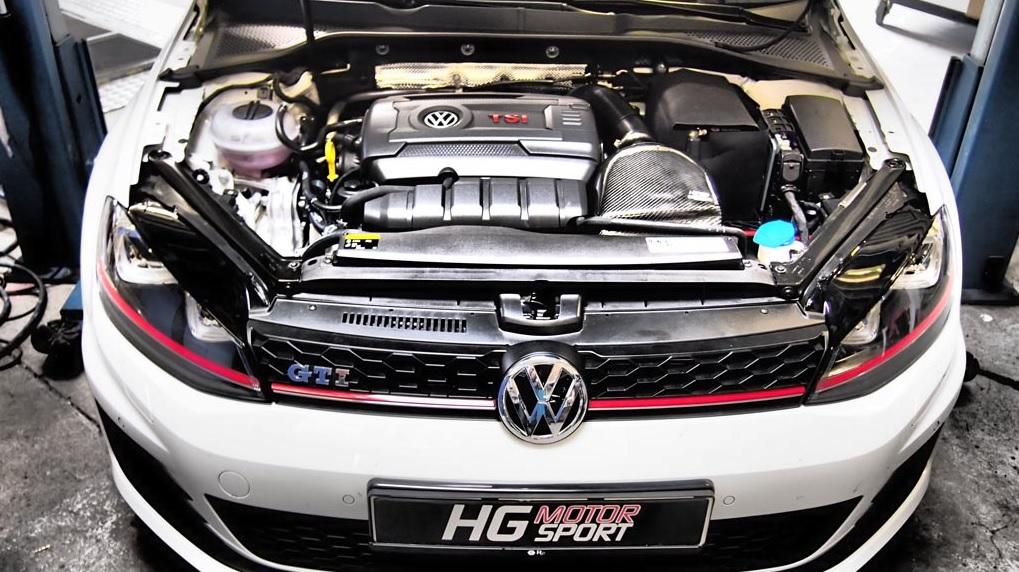 HG Motorsport presents a power boost for the new Volkswagen Golf GTI. The new package brings the 2.0-liter turbocharged unit to a total output of 263 horsepower and 376Nm of torque, an improvement of 33hp and 26Nm of torque.

Next up is a second pack which increases the figures to 289hp and 405Nm of torque. A revised ECU unit brings this extra power while a 302hp version is available as well.

Last but not least, you can opt for the fourth kit which squeezes 308hp and 435Nm of torque from the 2.0-liter unit.

The German tuner released no details about any styling improvements. However, you could expect a series of aesthetic tweaks which will be developed later on.

Pricing and availability details are yet unknown but you can contact HG Motorsport for more information.