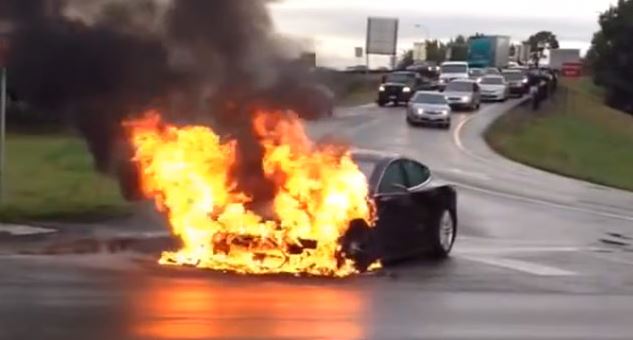 If you remember, not long ago, car maker Tesla received a blow in the stock market as a result of an incident involving the Model S.

After striking a piece of metal that fell from a truck, the vehicle caught fire, burning to a crisp.

The media immediately reacted, and so did the stock market, with the value of Tesla stocks dropping steeply for a brief time. It didn’t take long for Tesla’s CEO, Elon Musk, to make an appearance and deliver a statement. Explaining what happened, he also mentioned that the Model S is adequately protected, having plating to cover the battery pack.

After the whole incident, the NHTSA also got involved, but after a preliminary assessment, they stated that a full enquiry is not necessary. There was “no evidence that the fire on a Washington state highway resulted from a Model S defect or violations of U.S. safety standards. The luxury car struck metal debris that pierced its lithium-ion battery pack”.