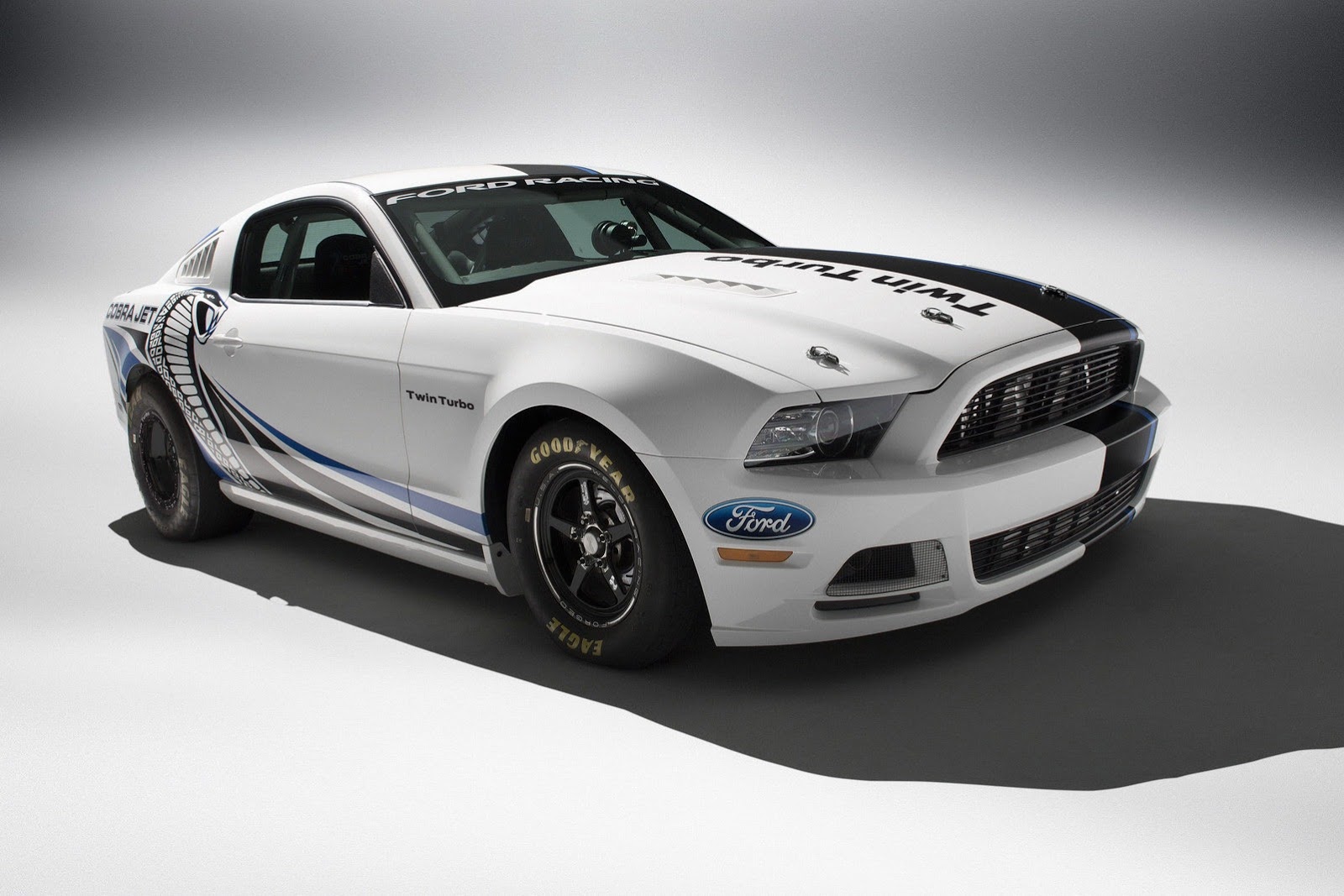 Not all of the cars unveiled at the 2012 edition of SEMA are over-priced bits of candy for over-grown adults.

Some of them, like this particular Mustang, are actual toys for those over-grown adults. This is a drag racing focused version of the pony car.

It’s also the first version of the pony car to get seriously close to using the EcoBoost turbocharging technology.

That’s because Ford’s Racing division used a twin turbo kit that’s inspired from the system which they then adapted for use with the 5.0 liter V8 that normally powers the Mustang.

In a world that’s dominated by delivery and high performance, it’s not easy to stand out with twin turbo kits instead of superchargers.

The potential for power and torque is there, but putting down the power is trickier. Ford focused the system around low inertia and very low internal friction to do away with lag.

That sounds like a pretty decent achievement, especially considering that this induction system doesn’t eat up any of the power.

Previous drag racing Cobra Jet Mustangs would be running an enormous 2.9 liter Whipple supercharger which could soak up as much as 100 horsepower.

So, has it worked? Well, apart from looking completely badass, the Ford Racing Cobra Jet Mustang can run the quarter mile in around eight-seconds.

That’s more than a respectable time and it’s certainly something that looks great on video and there’s more.

There’s a chance that Ford will offer this as a production model, one that would go up against the COPO Camaro.