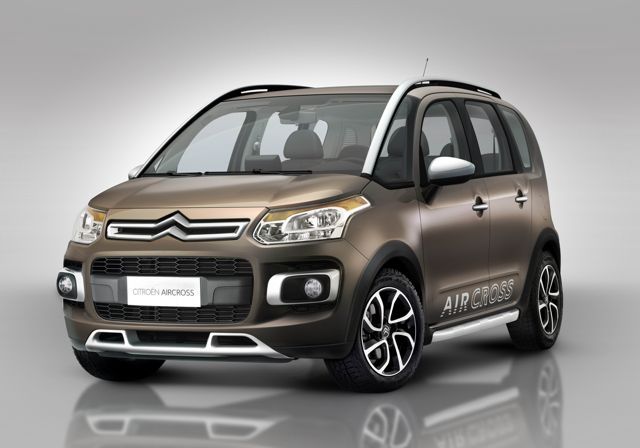 The newest Citroen, the AirCross, was introduced by Citroen Brazil and it is a crossover. It is a crossover that looks remarkably similar to the C3 Picasso it’s based on because there aren’t really that many differences between them.

Either way, there are some interesting marketing tools used with this particular launch as Citroen Brazil showcased the AirCross on Twitter, which is a micro blogging platform, and, as far as we know, that is a bit of a premiere.

Getting back to the car, it brings back memories of the Audi Allroad as it features an “adventurous” package of a nice car. Hopefully, unlike the Audi it won’t feature a lot bigger price due to that particular package.

What this package actually contains is a higher suspension, a new front grille, new side skirts, a new rear bumper and some inscriptions of the AirCross name. Speaking of the rear, something quite rare to see nowadays is the externally mounted spare tire.

As for other details on it… we’ll have to accept current speculations as Citroen will not say any more. Most considerations for the engine lean towards the 1.6 liter 16 valve or the 2 liter unit, both flex fuel and both of which have already served the C4 family well.

Despite having been presented in 2008 at the Paris Motor Show, as a concept, the 2010 one, to be held in September is where we might find the Citroen AirCross again, this time perhaps with some clear specs.