VW Up! gets tuning from ABT Sportsline 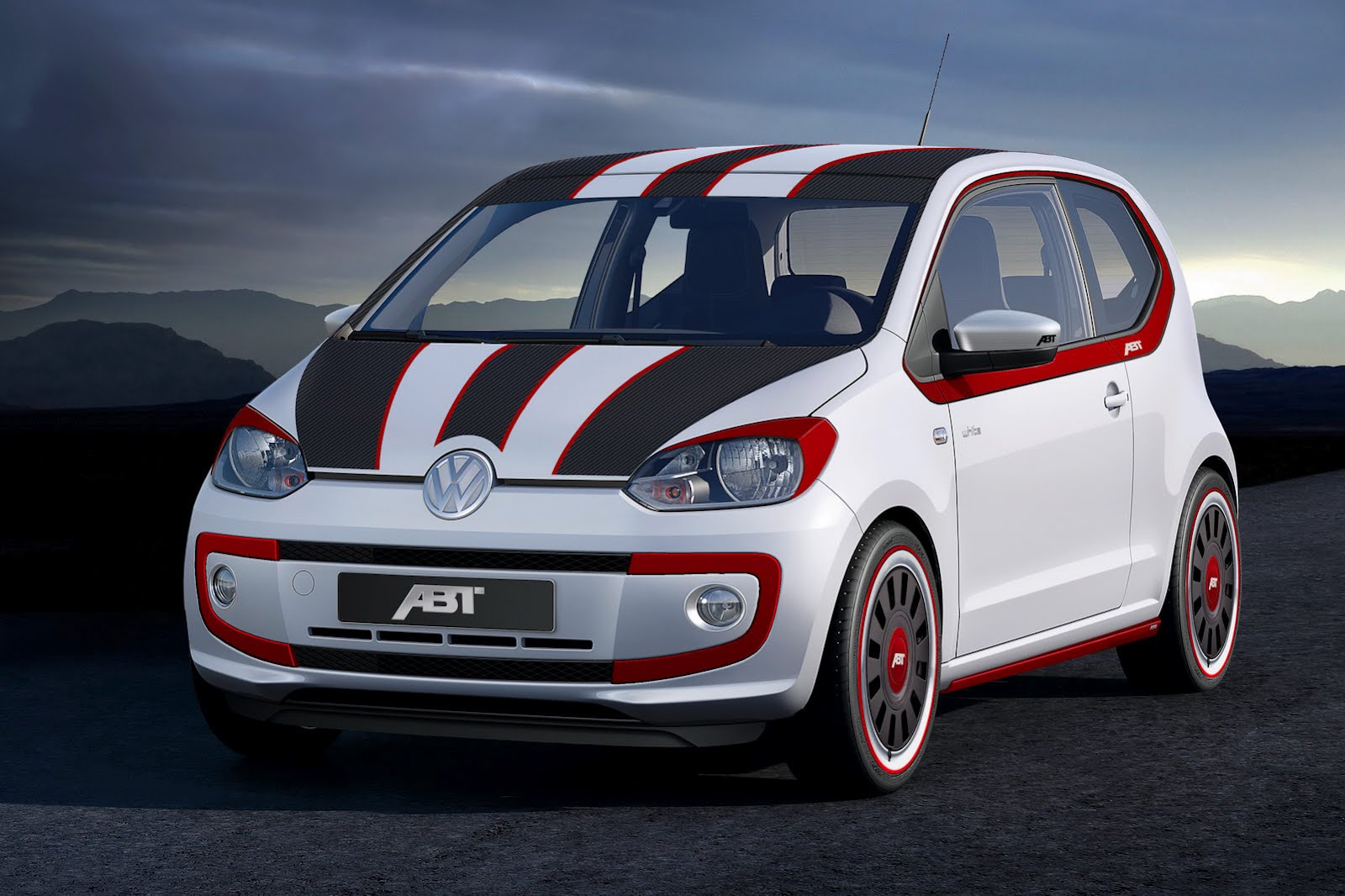 The Volkswagen Up! has barely seen the light of day, some of the ink on the drawing board still hasn’t dried up.

Despite this, German tuner ABT Sportsline has already come up with a special kit for it and they will be ready to unveil it by the time the Geneva Motor Show opens up.

ABT will have plenty of stuff to showcase including a tuning package for the new VW Beetle and a couple of hotted up Audis.

Those will all be very nice but the VW Up! is at the center of the affair as it seems to have received the sort of retro makeover you wouldn’t expect to see on such a new car.

The new wheels may be alloys that have grown a few inches but they look like 15 inch steel ones that are wrapped in good ol’ whitewall tires.

This is all before we even get to most of the exterior look. That’s where ABT Sportsline have gone crazy with the paint and graphics.

Red accents have turned up around the side windows, the headlights, on the sideskirts and are integrated in the front and rear bumpers.

Black bits turn up on the hood, the roof and the tailgates. The overall effect makes the Volkswagen Up! look like a sacred hunter for the Indians.

That had significance back in the sixties when Volkswagen compacts were kicking in style and it has now when such characters dominate the world of video games.

No details on the technical side, but then we wouldn’t want ABT Sportsline to ruin the entire surprise would we?