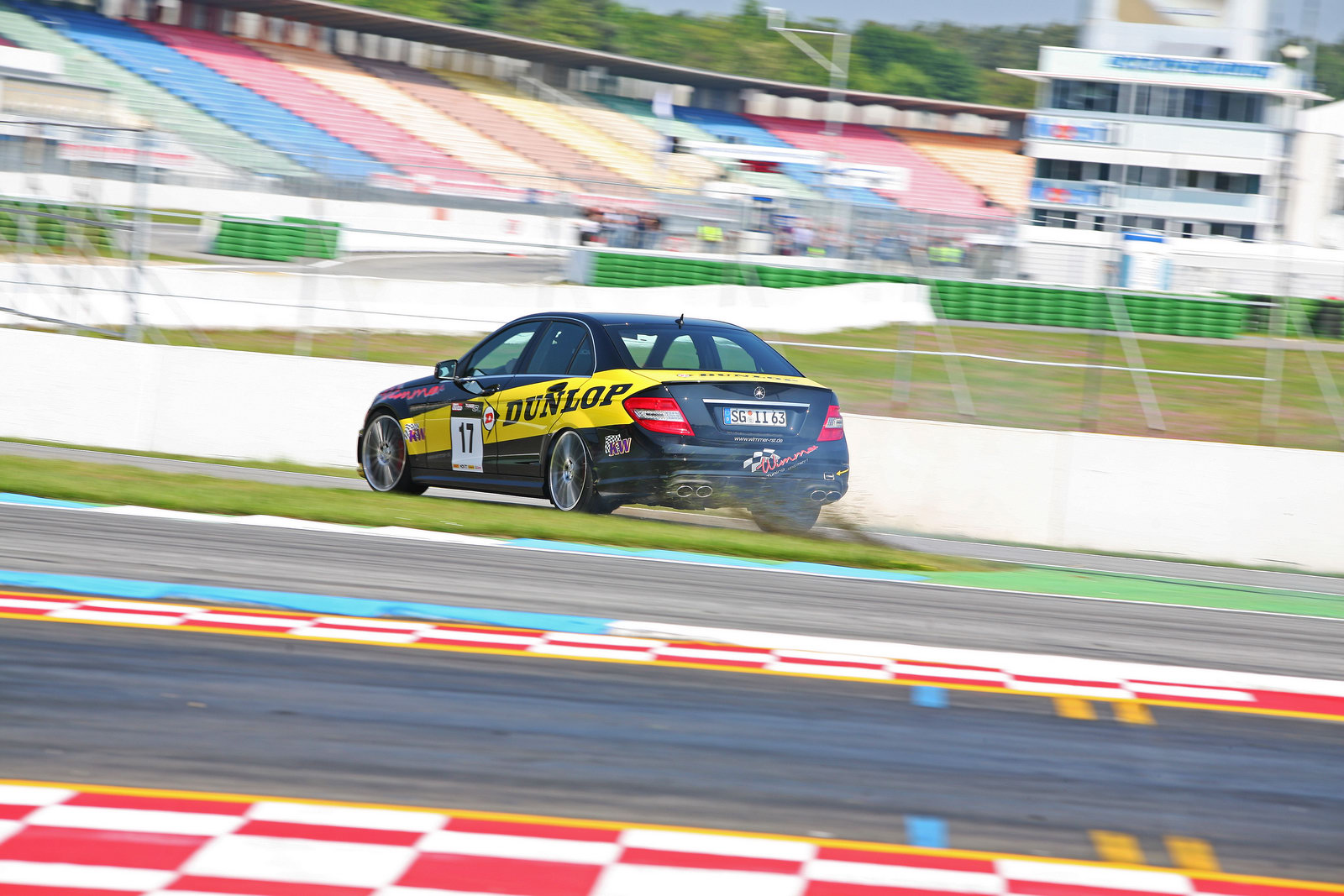 While not everybody might approve of the looks this thing is sporting (either because they don’t like the new C63 or they hate the stickers) you should know that there’s a lot more than aesthetics to it.

While it does look silly there’s a reason for that, at the moment, the car is a piece of marketing on the move and speaking of which, according to the people from Wimmer, the car appearing in these photos took second place at the 2010 Tuner’s Grand Prix at the Hockenheimring in Germany.

What exactly puts it into such contention? Well, for starters, the engine, already a monster to begin with is now a bit more monstrous as it’s spawned some sorts of intake, exhaust and ECU mods. The result comes in the output of an extra 53 horsepower bringing the grand total up to 540. And since it would be a shame to have all those horses and not let them run, the speed limiter has been pushed up to 190 mph.

While no torque figures are available it’s likely it’s not going to have the same as a Chevrolet Spark is it now? Anyway, the new version of the Mercedes C63 AMG Racer will hit 62 in 4.4 seconds from a standstill which may not sound that great but i’m guessing that’s down to the rear wheels not being able to put that much power down anyway.