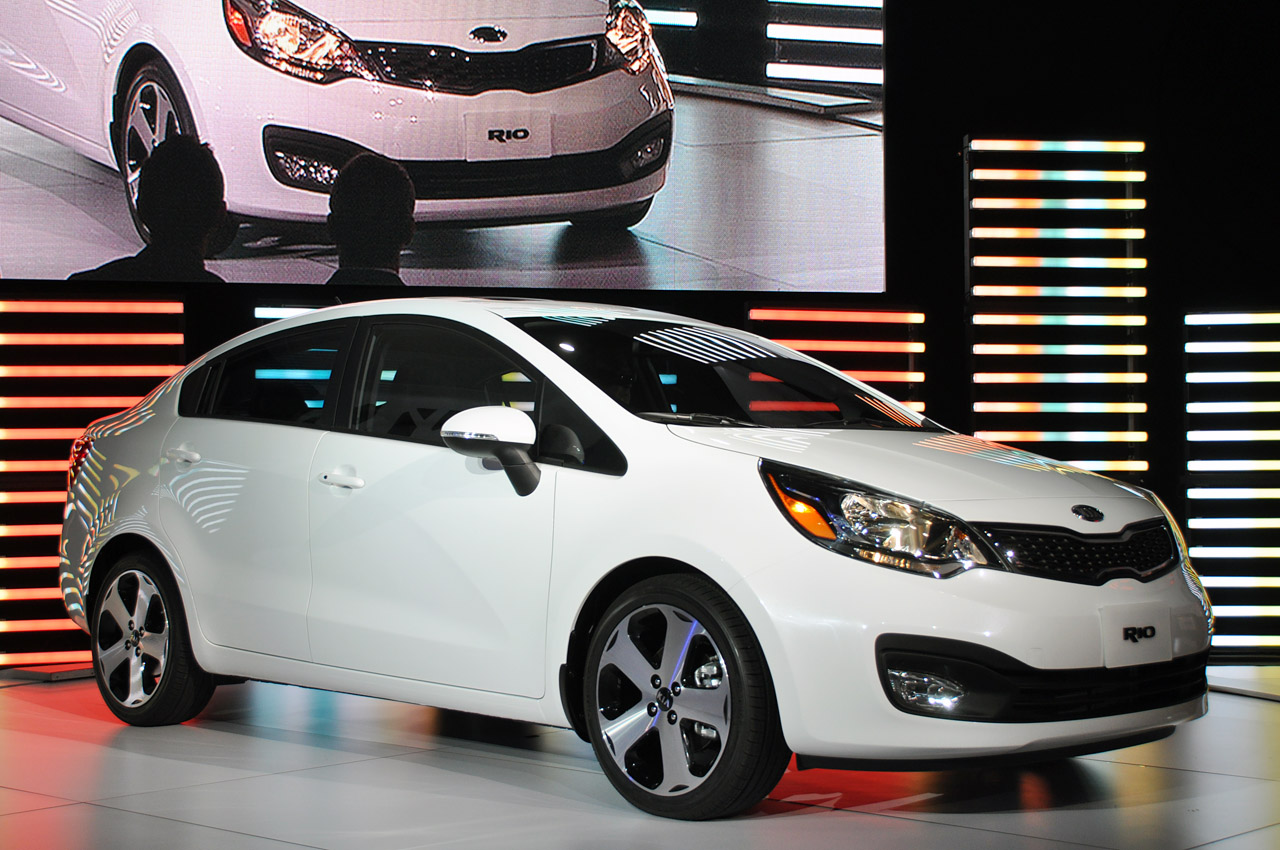 Nope, not the Shanghai Motor Show but rather the 2011 New York Auto Show, a place where the U.S. market big players show off their latest creations.

Since the latest big assault of the Koreans at Kia was targeted at America’s consumer market, the specs of the 2012 Kia Rio have to be pretty good.

While the looks are slightly watered down from the Asian flamboyance we’ve gotten used to lately the technology used in this version of the Rio isn’t.

The 138 horsepower 1.6 liter naturally aspirated four cylinder engine may not be turbocharged, it may not have modern valves and such but it’s quite the capable thing when you consider the complete ensemble.

That’s because we’re talking about a sizable figure of 30 mpg around town and that gets a bump all the way up to 40 if we’re considering the highway cruising environment.

Imagine that a cheap hatchback that gets very good fuel economy, looks better than decent and is going to be mass produced, this probably means it’s going to sell in