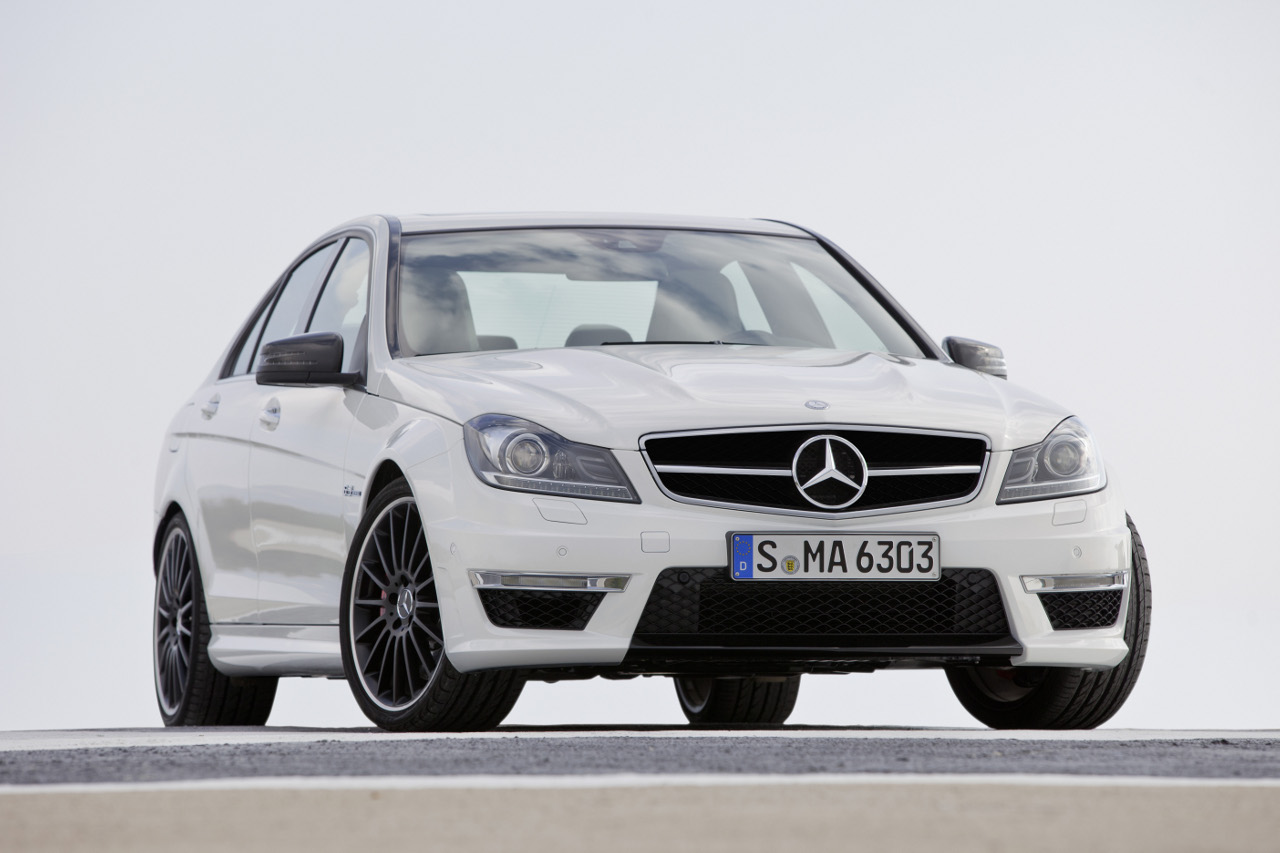 With Mercedes showing us the 2012 version of the C Class only very recently, I was thinking it would take about a year or so before the AMG version would come despite a raft of photos being snapped secretly along.

I was wrong, as it turns out, the 2012 Mercedes C63 AMG is now among us, sporting all of its technical specs.

Now, I am aware of the changes that went into making the 2012 Mercedes C Class offers up a along list of changes be them technical or aspect related, so I don’t want to talk about it too much.

What does the AMG version offer is the most important question. And the answer is, not a lot.

The engine is a 6.2 liter V8 engine developing 451 horsepower. There’s even an optional pack that takes the figure to 481 called the AMG Development Package but that’s not really impressive either.

And given this is supposed to be an AMG Mercedes C63, a car destined for enthusiasts, you’d expect quite a lot more at least when compared to the previous model.

That’s my biggest disappointment really. Another one would be how some rumors are going round as to how the engine remained the same, as did the power, but fuel economy figures have improved.

I’m sorry, fuel economy is one very important thing but this is an AMG Mercedes, nobody buys one out of sensibleness.