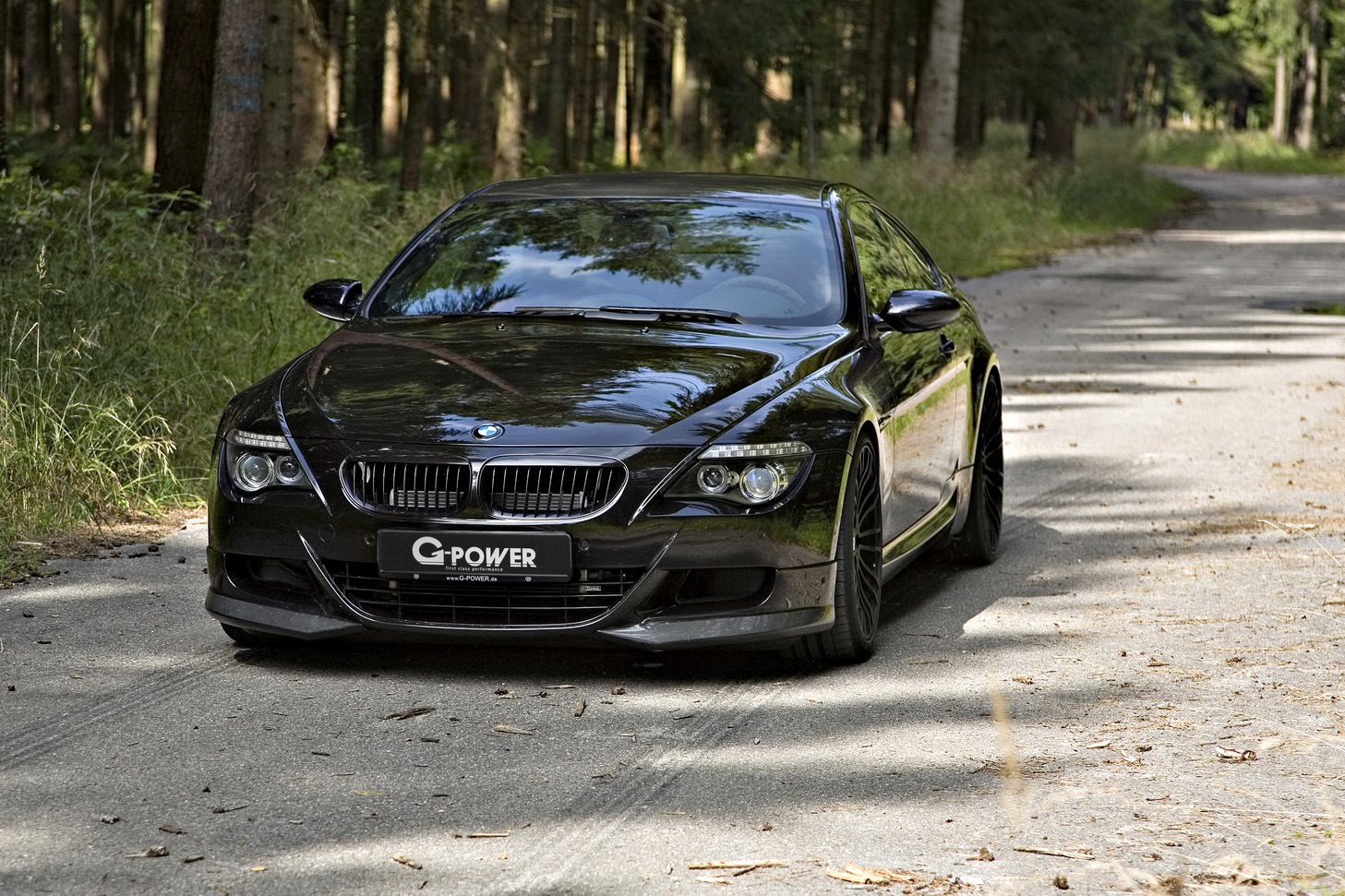 Take a minute, look at this, it’s something called the G-Power BMW M6 Hurricane RR:

That’s a bit hard to pronounce, let’s introduce it by it’s other name: the world’s fastest four seater coupe. Yes, much better.

Now, when you speak of the outgoing BMW M6 you know that under that bonnet lies power similar to the stuff that powers small submarines.

When you hear about a German tuner supercharging and fiddling with it you know that under that bonnet you’ll find enough to power a Typhoon class up to a top speed beyond the speed of sound.

Metaphors aside, the G-Power BMW M6 Hurricane RR has an engine capable of developing 800 horsepower and 590 lb-ft of torque. Now when you see stats like that, how can you not like the Germans?

Naturally, this being totally German of a tuning job, besides more power than humans can generally describe you get a high-performance braking system, a coil-over sports suspension with so many adjustments it’s about the same number as the torques.

Add to that new aero-parts including like a carbon fiber front skirt and a rear spoiler and you get pretty much everything you need when you’re driving something capable of 186 mph in less than 25 seconds.

There are a few changes to the interior, but aside from the 250 mph speedometer would you care about anything else?