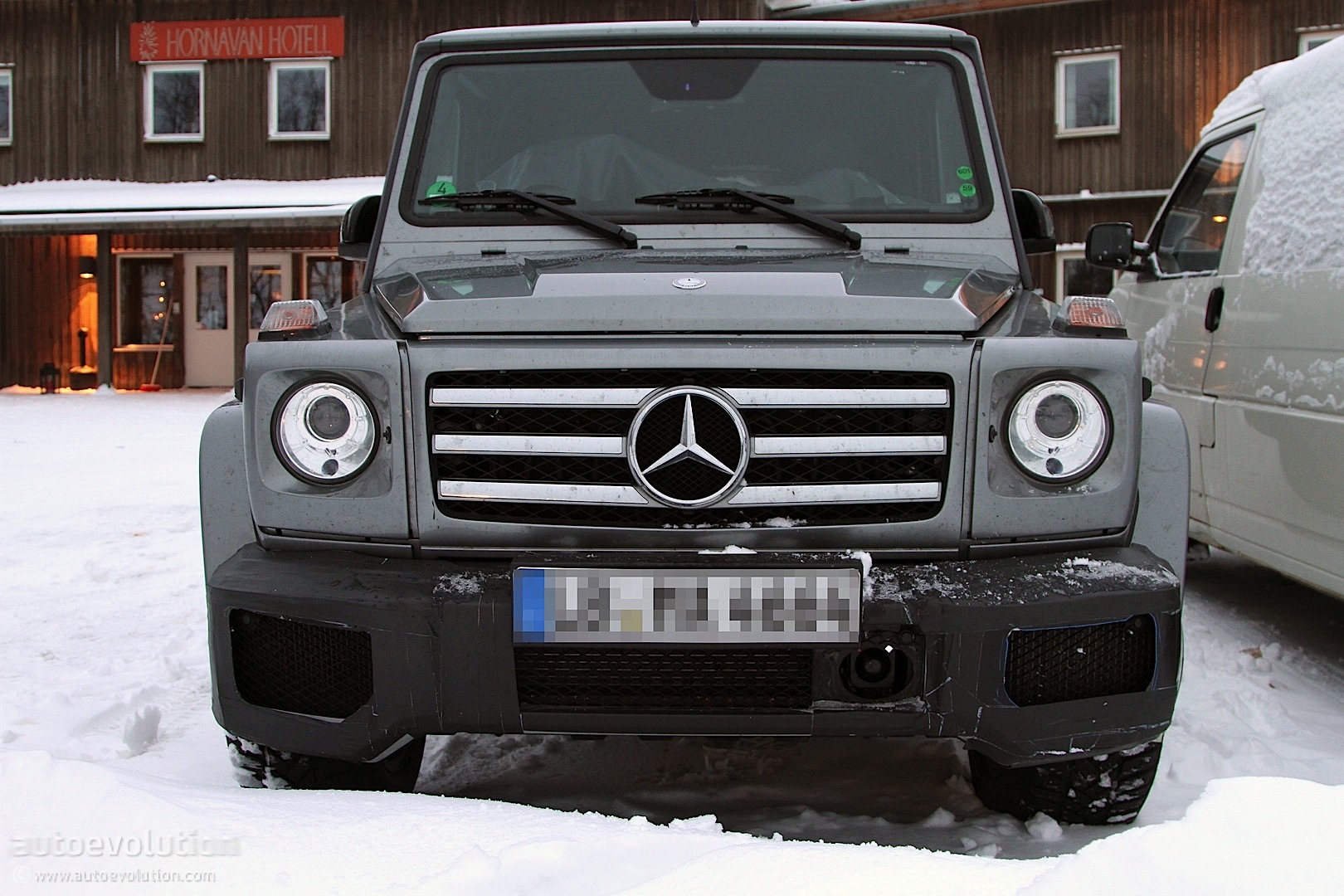 Mercedes’ G Wagon is one of the very few cars that managed to resist change most successfully. On the visual front at least, you get the same basic design you did several decades ago.

In regards to what’s going on underneath, in the engine compartment or with the interior, we’ve got a completely different story to talk about.

The most different and exciting of which is definitely to be found in the high end AMG tuned versions of the Mercedes G Wagon. The upcoming models have just been spied in testing.

Most likely to be called the Mercedes G55 AMG and G65 AMG, each of them has an interesting story to tell but, more importantly, an interesting engine under the bonnet.

The G55 version will serve up Mercedes’ 5.4 liter V8 twin-turbo powerplant and is expected to develop some 525 horsepower and 516 lb-ft of torque to the permanent four wheel drive system.

The transmission in the G65 however will need to work a little harder as it will have to channel the grunt developed by AMG’s 6.0 liter twin-turbo V12 engine. We’re talking about some 612 horsepower and 737 lb-ft of torque.

With performance figures like that even a truck will get from 0 to 62 in under 5 seconds so the hot G Wagons should really shift and torture tires.

Though the spied models are almost completely naked, the few things that are about to change in the design of the G55 and G65 models are covered up.

Expect the usual array of LEDs and such to reside under there and we won’t get to properly see them until the Geneva Motor Show.