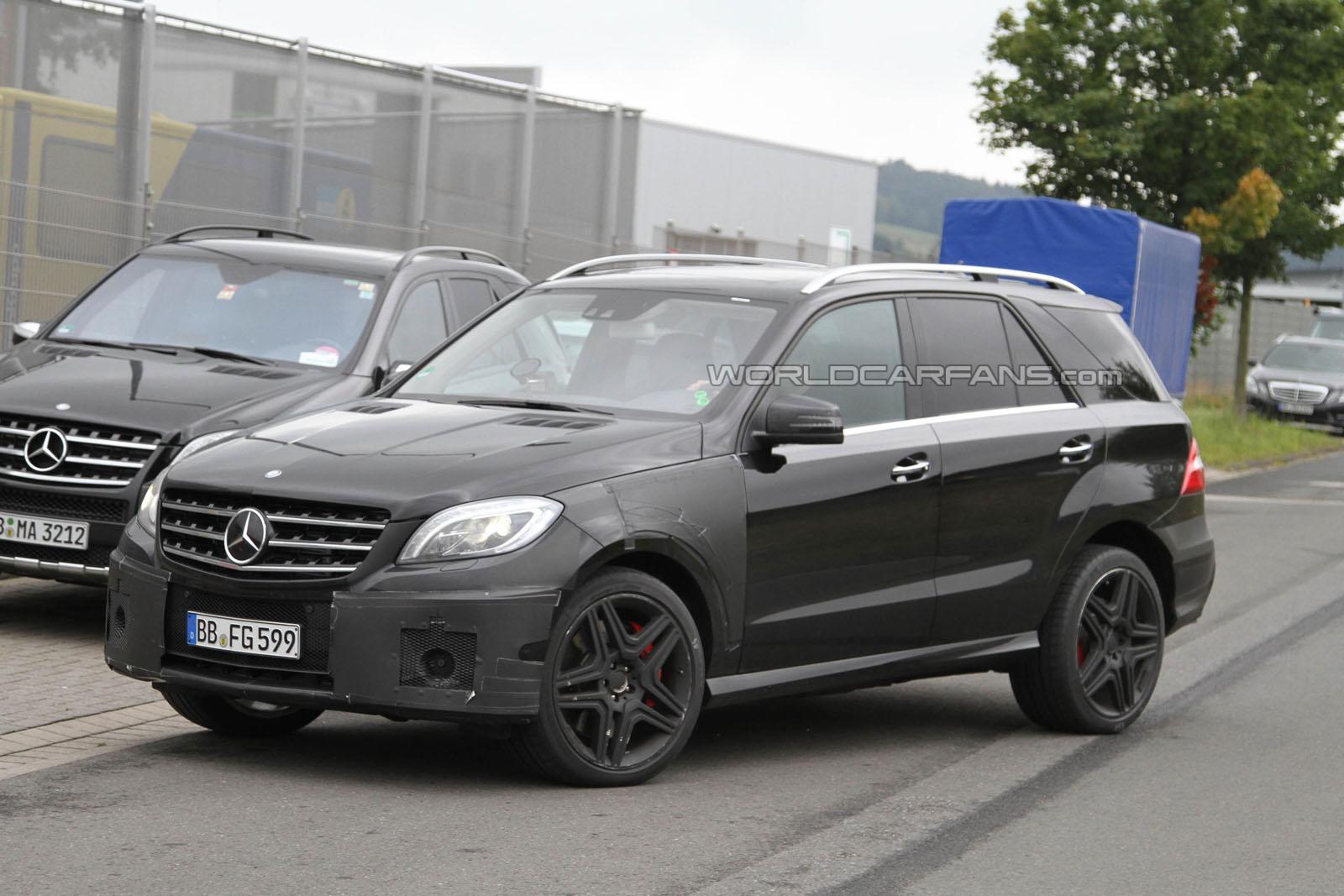 Don’t get over-excited, Mercedes isn’t making the AMG version of their ML SUV into a gorgeous woman but the naked part does reveal some attractive features of the car.

The current spy-shots tell a story of a massive German SUV that has power bursting out of every orifice and still retains the imposing appeal of the normal ML Class.

Naturally, as with every new set of photos snapped early, based on a few visible details, the speculation levels are almost endless.

To my mind, there should be no exception so let’s get down to the dirty stuff on the 2012 Mercedes ML63 AMG right away.

A revised radiator grille, new bumpers and more open surfaces for cold air to be shoved into the car make quite a decent amount of lobby for something we already knew;

The engine under the bonnet of the 2012 ML63 AMG is bigger and more powerful than any other powerplants to be squeezed into the new ML Class’ engine compartment.

Estimates on that front roll in at around 518 horsepower and 516 lb-ft of torque. Despite the badge, name and official documents, this power won’t be coming from a 6.2 liter V8 as one might expect.

Mercedes have ditched that powerplant and gone for something a little friendlier to the environment, a little more fuel efficient and a lot more complicated in design.

The engine used in the recently spied 2012 Mercedes ML63 AMG is a 5.5 liter V8 engine which uses a twin-turbocharging system to give you the best it has to offer.

All this power will be headed to the 4matic four wheel drive system in the big Merc via a seven-speed Speedshift MCT transmission. Some figures suggest that in this setup, the new ML AMG would be able to go from 0 to 62 in under 5 seconds.

Top speed will most likely be limited to 155 mph if not less, but since you can’t show off in that department Mercedes have kindly fitted the 2012 ML63 AMG with plenty of sporty details.

New, larger alloy wheels barely manage to cover the enormous brake disks, the back features four exhaust tail pipes and the suspension got a decent amount of overhauling as well.

While hard to confirm, a drop in ride height is expected, courtesy of the new sport tuned suspension and chassis. After all, having that much power in an SUV and having a way to stop it is not as much fun if you don’t have a way for it to handle.