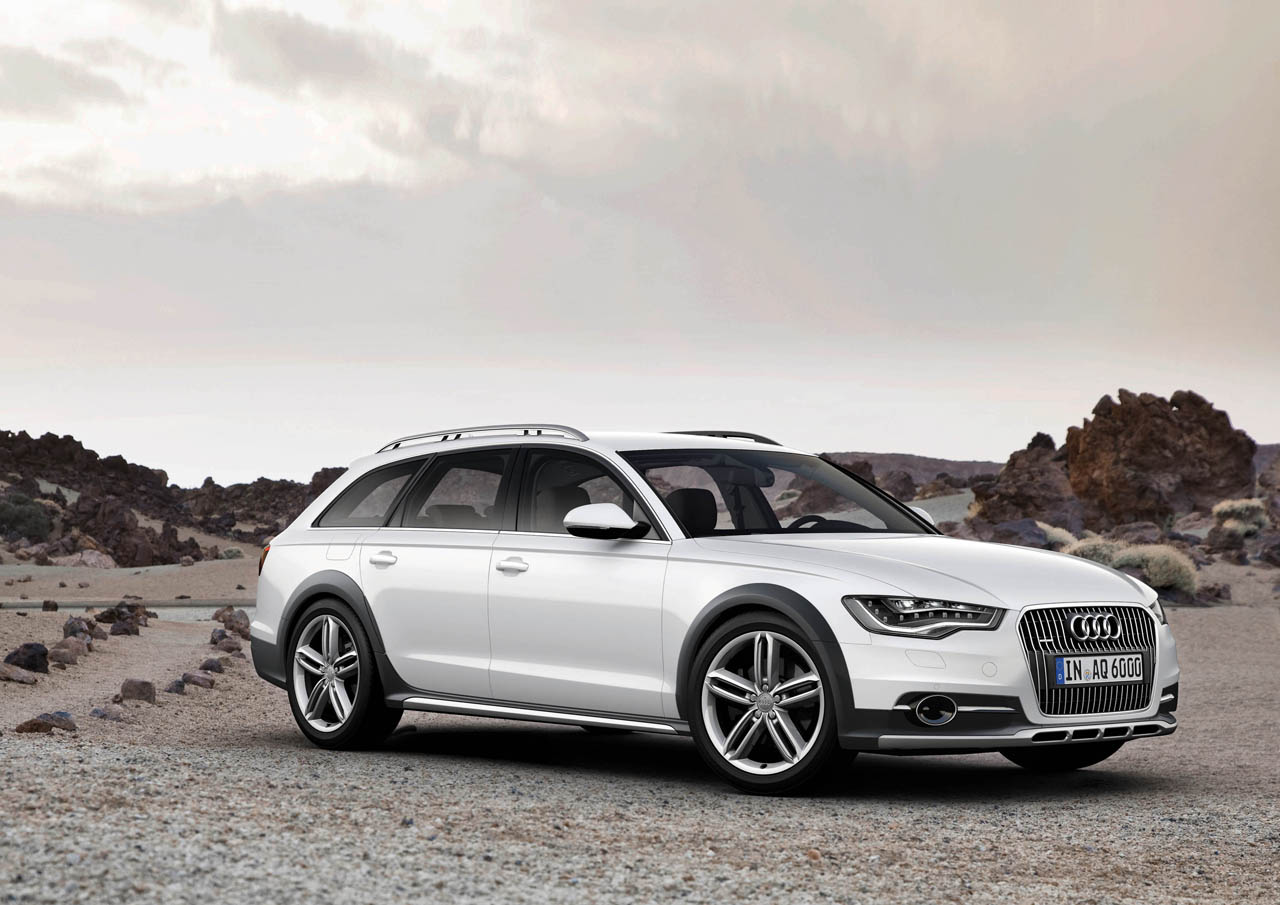 Well, not quite, apart from the Allroad being made available from Audi, they did specify a bit of a major issue for people all over the world.

It seems that the 2013 Audi Allroad will only be on The Old Continent, Europe. That’s fine by me, I never really thought it sold enough and rare ones are a treat.

Getting back to the one at hand, the new model year presents pretty much a bit of a higher offering and just a little more of the same sort of thing the previous one offered.

This is an Audi A6, in 2012 trim of course but with a raised ride height and all the appropriate changes to make the new car ride and handle properly.

That makes the Allroad version of the 2012 A6 come with a major plus and a major minus point. The plus would easily be noticeable on bumpy roads, quick hikes and other urban jungle specific situations.

The downside of this system is that it does make the car quite a lot more expensive than the regular A6 estate since most of the underbody stuff was redesigned and replaced.

Speaking of the unseen heroes, under the bonnet of the 2013 Audi A6 Allroad you can have any one of four motors, all of which are V6 powerplants.

There’s only one V6 petrol, a supercharged unit which delivers 310 horsepower and 324 lb-ft of torque and the rest are turbocharged TDI diesels.

These range in power between 204 horsepower and 332 lb-ft up to 313 horsepower and 479 lb-ft of torque so you can pretty much have anything from fuel economy to a mix of that and performance.

As for the US availability, there’s no official word on it but since the Germans avoided a Detroit Motor Show release, it may not be in the cards.