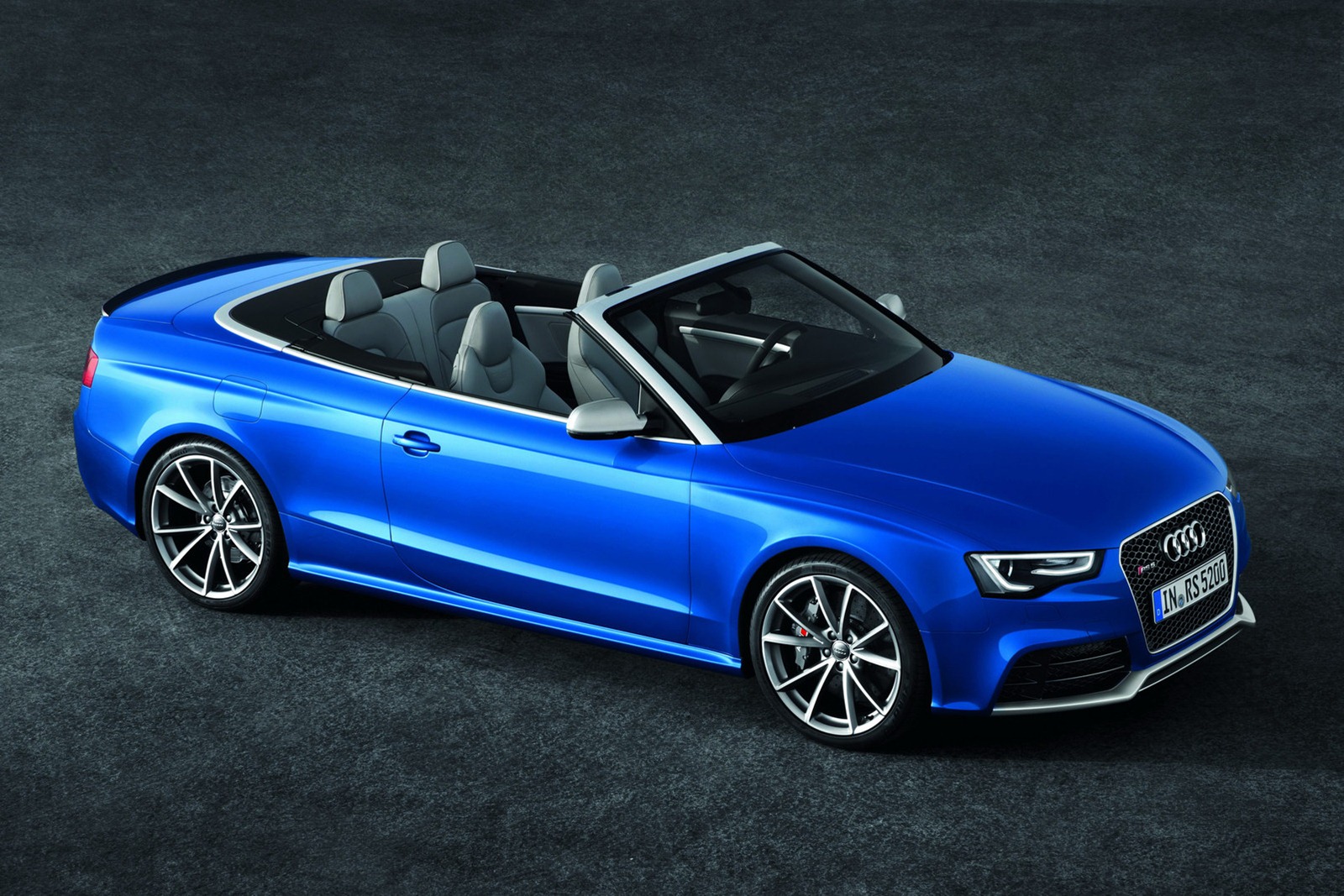 In case you fancied a biggish car with great grand touring capabilities but were not very convinced by the way the Audi RS5 presents itself, you may want to look into this one.

Essentially, we’re talking about the same car except this version has that much more appeal in the summer. On this one, the soft top roof can be put away in a few seconds.

The 2013 Audi RS5 Cabrio doesn’t really offer anything outside the sensation of an open top. Otherwise, everything comes from the regular coupe version.

Under the bonnet there’s the same sort of 4.2 liter V8 engine and it still develops 450 horsepower and a total of 317 lb-ft of torque.

The power it develops is channeled through a seven-speed S tronic automatic transmission towards the Quattro all-wheel drive system.

Audi keep promising us that the Quattro system was reprogrammed to favor the back end but all reviews of the RS5 so far included the word understeer.

Consolation for the slightly less than impressive handling will likely come from the performance and the sound track. You can go from 0 to 62 in 4.9 seconds now.

Theoretically, the top speed of the 2013 Audi RS5 Cabrio is 174 mph. Much like all the German hot rods, this figure will actually be limited to 155 mph.

Compared to the Audi RS5 Coupe, the convertible is around 10.000 euros more expensive for equivalent kit and options.