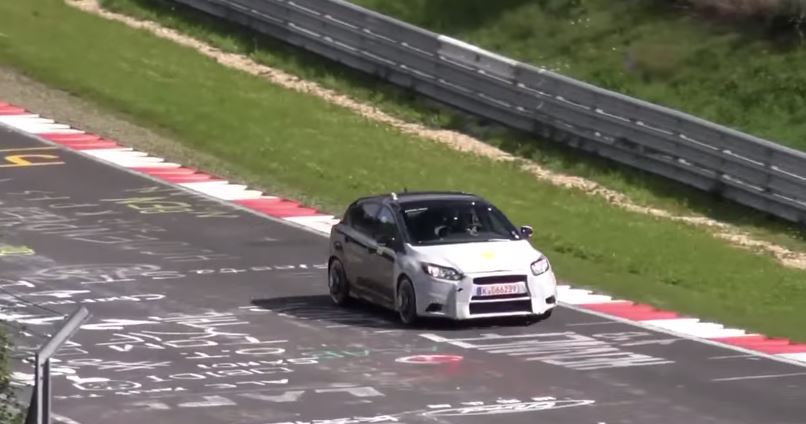 The upcoming 2016 Ford Focus RS has been recently the subject of a spy video, while the hot ride was being tested on the tracks at Nurburgring, this test mule bringing significant improvements as opposed to the present Ford Focus RS.

Even if the 2016 Ford Focus RS has been already unveiled at the 2015 Geneva Motor Show and later on at the 2015 New York Auto Show, the model is still being under heavy testing on the Ring and the spy video is presenting the car while going full throttle.

As we can depict from the video, the 2016 Ford Focus RS will sport a more aggressive body kit than the Ford Focus ST, bringing the new sporty bumpers at the front and rear end, along with the wider rear wing, new side skirts, the 19-inch alloy wheels with the 235/35 tires front and rear.

The 2016 Ford Focus RS will also fit the high-performance sports suspension system, electric power steering and a few more, while under the hood, the sports car will come with the same 2.3-liter EcoBoost engine. But for the moment, we do not have the performance figures, as the model is still being under tests! Until further news, enjoy the video with the 2016 Ford Focus RS on the Ring!