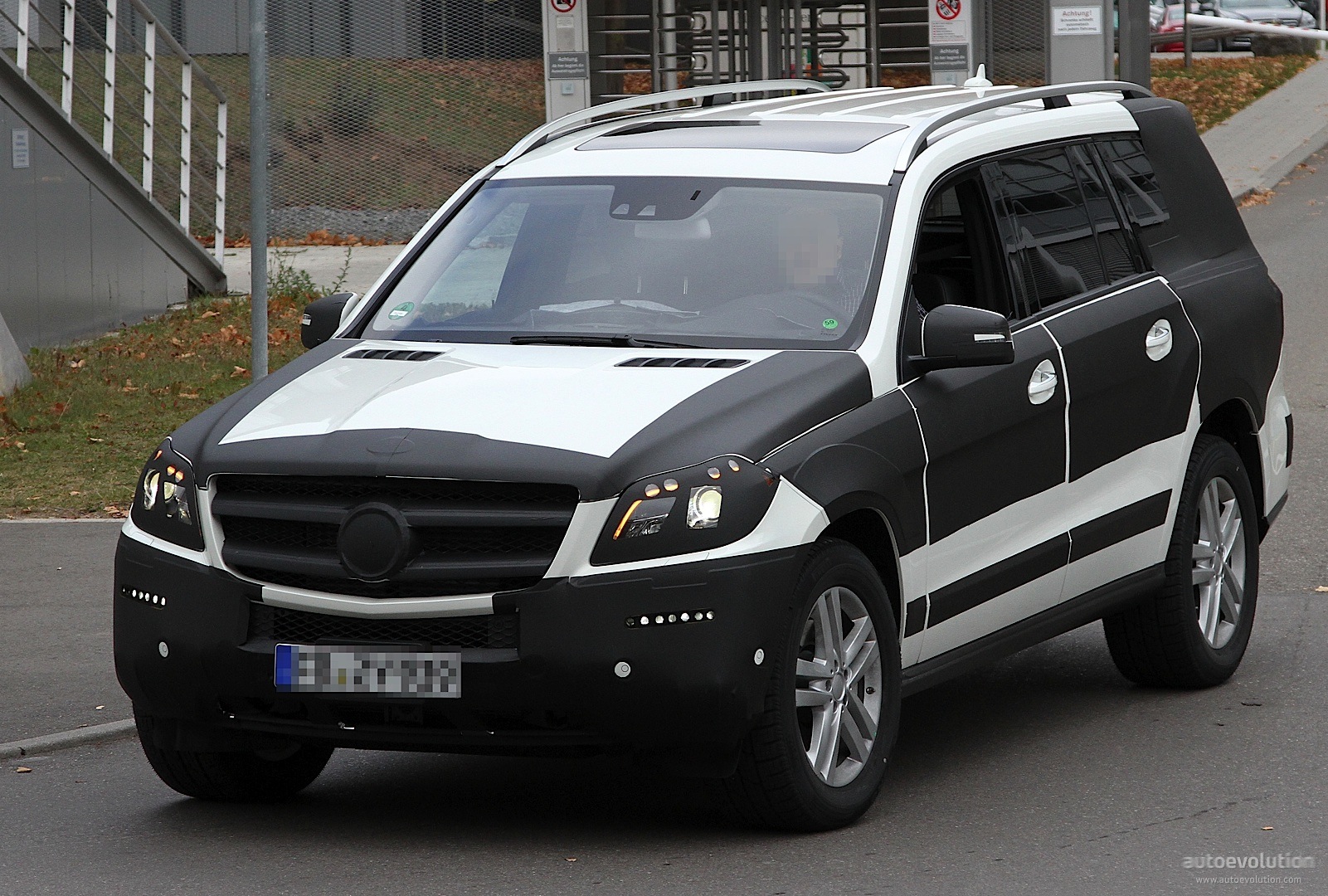 The 2013 Mercedes GL is a car plenty of soccer mums, large families and posers are looking forward to.

While the latter may be less important the first two will get quite the kick from these pictures of the enormous three pointed star SUV.

This is because although well hidden by camouflage and tinted windows, the 2013 Mercedes GL will include something in larger and large demand than you’d imagine.

The mystical third row of seats making for sufficient room inside the already enormous vehicle for seven (eight according to some rumors) people.

Sadly, nobody managed to snag a spyshot of these seats or anything about the interior for that matter so we’ll have to wait for an official launch sometime next year.

No confirmed data about the 2013 Mercedes GL has been made available either and since most of the details on the new crossover are well covered up, speculation is all that we have.

What we know for certain is that the new version of the GL will be wearing a new Mercedes corporate face, will feature slightly softer design principles and the rear of the car is slightly sloped.

No longer will it be the ungainly looking and cumbersome square but a friendlier giant.

The softening down of the lines in the design is not to say the 2013 Mercedes GL will not be aggressive or imposing any more.

After all, giving Chuck Norris a haircut isn’t going to make him any less of a though guy.