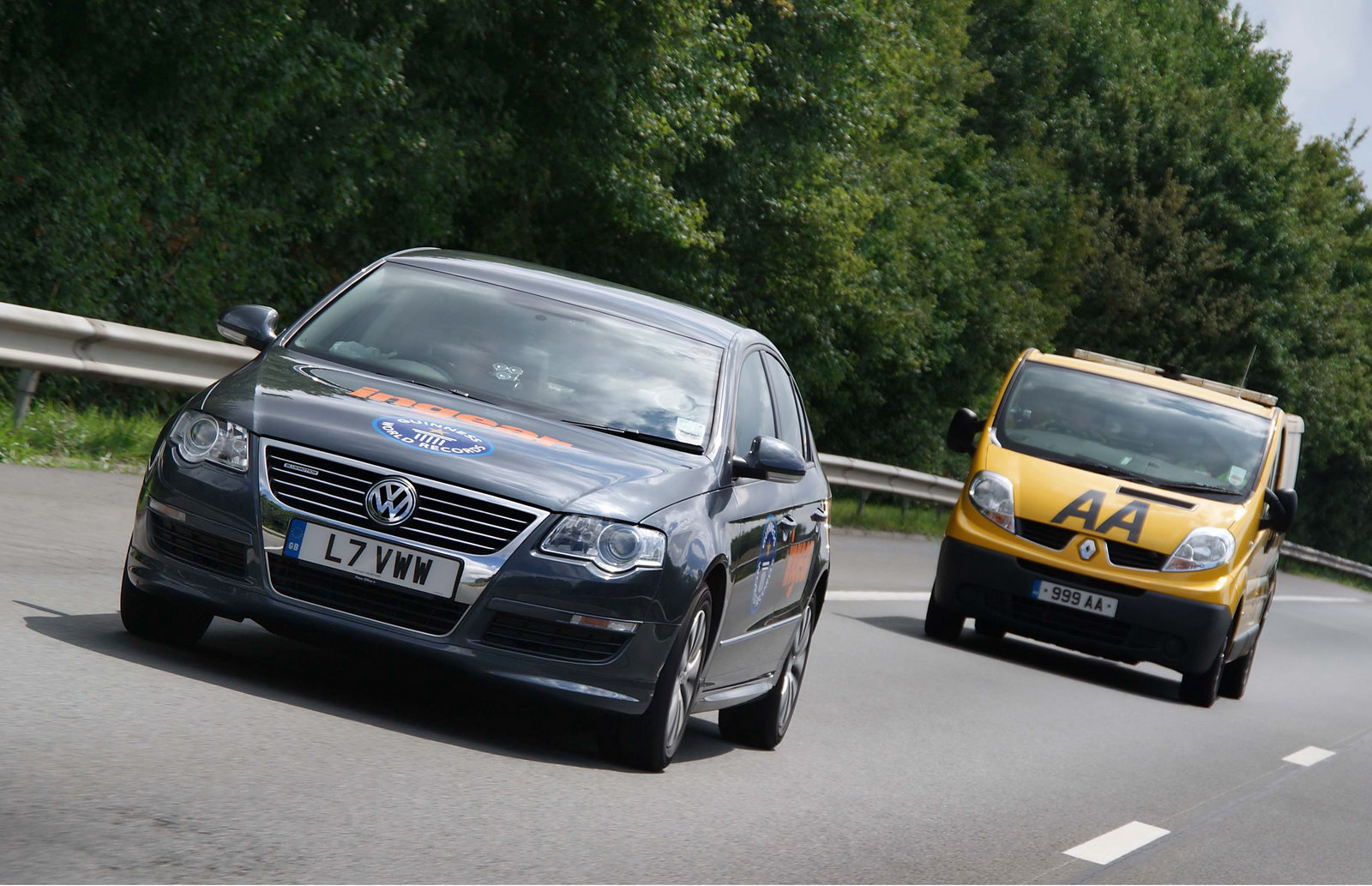 Harsh times call for harsh measures, it’s something that makes complete sense and it’s not the sort of thing cars can get around so whereas in the past horsepower and performance were the question of the day now a wave of change is blowing over.

The current focus and most important words are fuel economy, environmental impact and CO2 emissions. Not my cup of tea, if I’m honest, but I know when to recognize an achievement.

This is nothing more boring (and lots of times exhausting) than driving economically yet some folks still go on and do it, so it matters to them. The automotive journalists jump at the opportunity to fill a market and so Sunday Times’ Gavin Conway took it on himself to show people just how much economy you can get from your average cars.

Perhaps nothing is more average than the VW Passat, so that’s what he used, actually, it was a BlueMotion model that features a 1.6 liter common-rail turbodiesel and a lot of efficiency improving changes such as an aerodynamic package, lowered ride height, a stop/start system, longer gearing and low rolling resistance tires.

All of these changes equate to a quiet and fuel efficient vehicle but how much? Well, let your hippie neighbors know this car used a fuel tank of diesel holding 20.41 US gallons and used it to drive no less than 1,526.63 miles. That’s 74.88 US mpg while averaging 45 mph which is excellent if you’re tuned to driving like granny.

Joking aside, this official figure has been verified and the car now holds a Guinness World Record for unmodified production vehicles. The only attempt that is similar to this came back in the summer from Fifth Gear’s Tom Ford and it involved driving a BMW 320d under normal conditions (no deliberately slow stuff) in which he managed to drive 1013 miles.