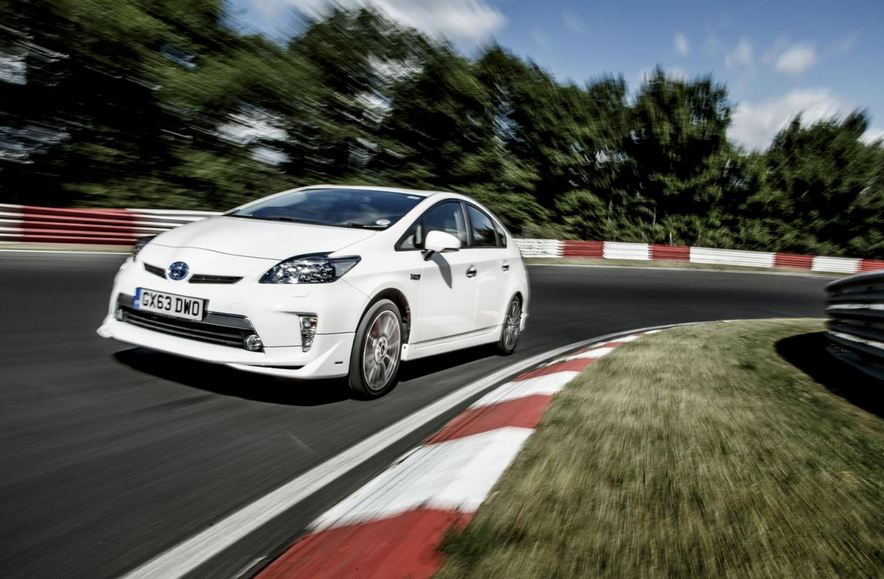 The Nurburgring or better-known “Green Hell” went greener this week with Toyota setting a new record with the Prius Plug-in hybrid. As you might imagine, the fuel-efficient model didn’t break any speed record but managed to obtain an impressive fuel consumption.

Mainly running on electricity, the Toyota Prius Plug-in hybrid completed a lap in 20 minutes and 59 seconds but averaged 698 mpg UK or 0,4 liters/100 km.

The 20.7 km long racetrack has its own rules and the Japanese company followed all of them, including the minimum speed of 60 km/h.

“Although the 12.9-mile distance is similar to a typical commuter trip, the difference here is a rise and fall in elevation of around 1,000 feet. In fact it was only on one long climb that the petrol engine cut in, and then only for a short while,” says Joe Clifford, the driver.

Without it, he says that they could achieve the impressive 999.9 mpg number, the maximum read-out also.