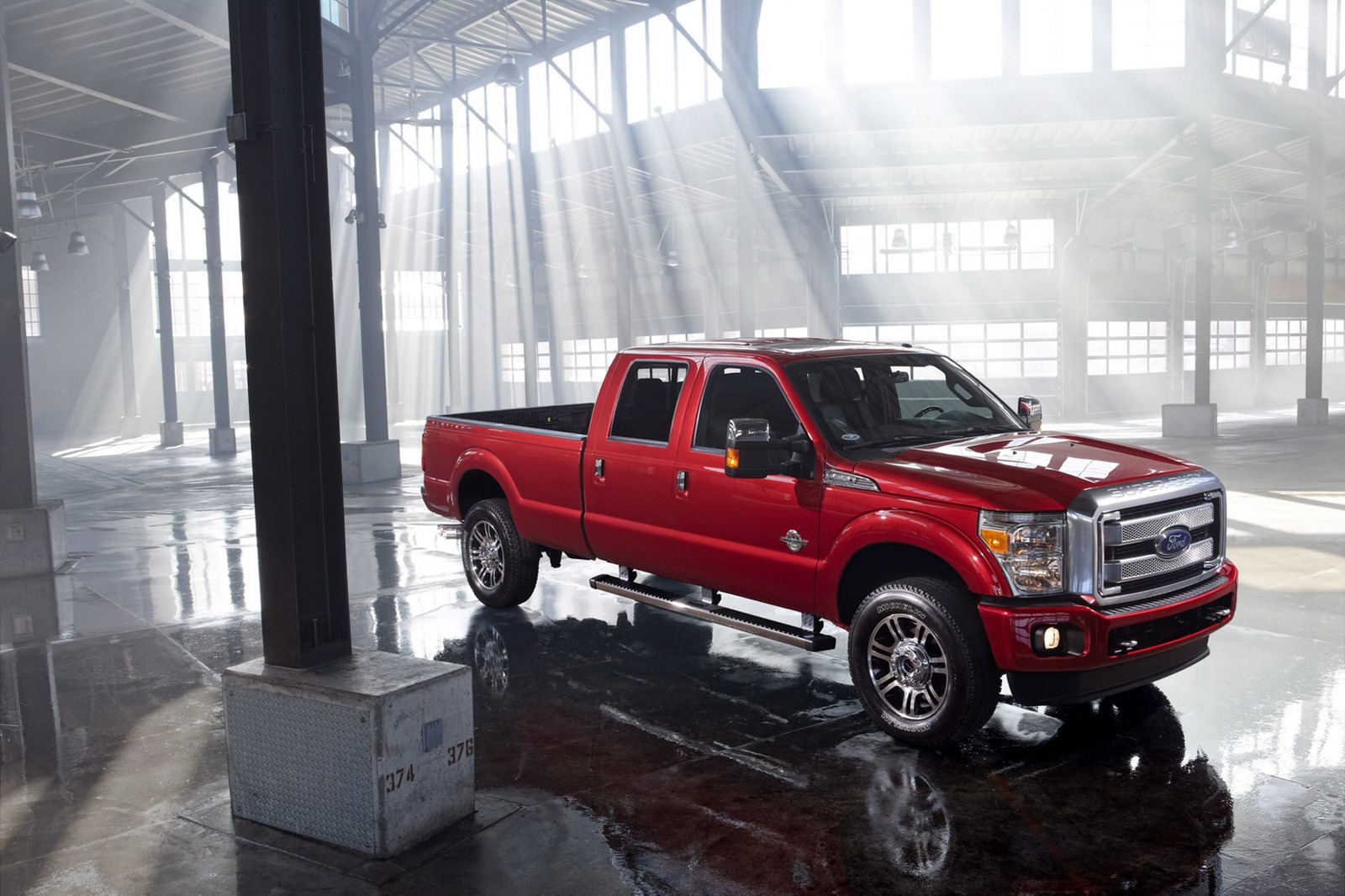 The Blue Oval has given its Super Duty part of the F-Series pickup trucks a mild facelift and, in the process, stuck a 2013 model year on it.

With cars it seems like a mild facelift is the manufacturer missing the mark but with these working class vehicles it’s actually a joyous occasion.

In this spec, pickups need low repair costs and don’t find any point in costly new panels just for the sake of styling.

The changes on the 2013 Ford F-Series Super Duty aren’t focused on the cars actually but on the pricing and affordability of the models.

Whereas most of the low end models will likely get a drop in price that remains to be announced, Ford have also introduced a new Platinum trim level.

With this package, the any of the 2013 Ford F-Series Super Duty models can become a luxury car. We’re not very convinced by the quality of the interior yet but the gadgetry seems to be there.

The exterior changes are limited to adding chrome in such a way that it could be easily spotted on the job site. Inside however Ford adds wood for the trim and premium leather for the seats and heated steering wheel.

Then there’s the pedals, which can be adjusted electrically, the 10 way power adjustable seating for the driver, the rear view camera, an universal garage door opener and new infotainment system.

It features an 8 screen high resolution touch screen, satellite navigation and radio, two USBs and all of them are designed to be ready for operation while wearing gloves.

The cost for the Platinum package (which is only available on SuperCrew variants) can set one of these trucks well above the 60.000 USD mark.