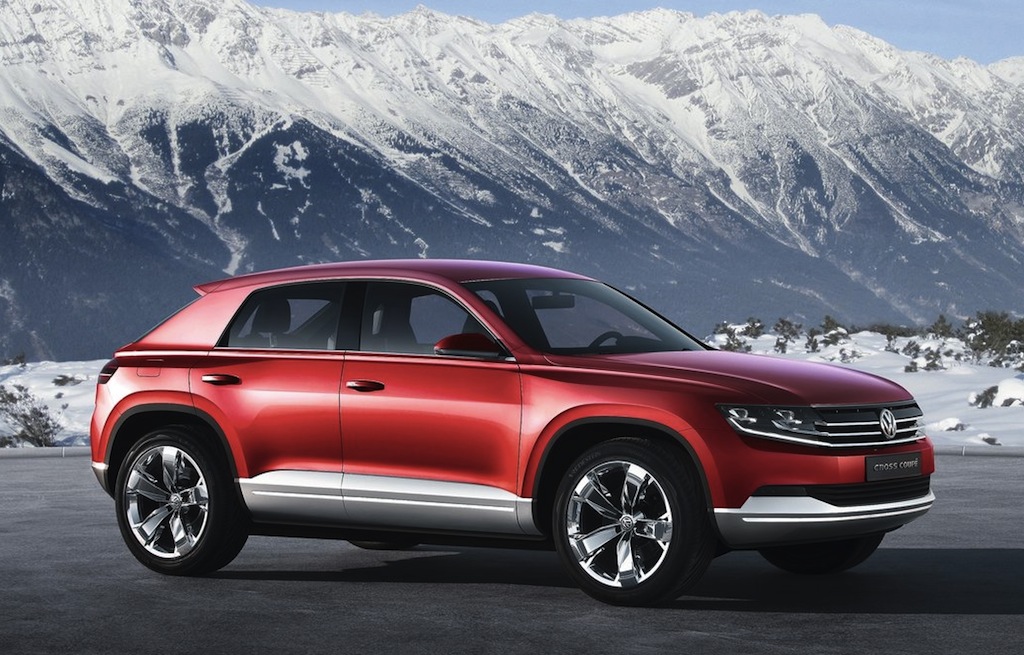 Volkswagen’s plan to come up with a wider product range doesn’t look like it’ll be slowing down any time soon. Here’s what they plan to do with the Tiguan.

As the announcement tells us, the next generation of the crossover, the 2015 VW Tiguan will be more than one model in itself.

Well, not really, but it will get an unusual amount of body styles for the crossover market. Three of them will be made.

Don’t think however that this means Volkswagen will make a Tiguan convertible, something like the recently introduced Range Rover Evoque.

Volkswagen will take a more sensible approach. While they will offer a three door (or at least three door looking) body style, that’s about as rakish as it gets.

The regular Volkswagen Tiguan five door will carry on and that will be the least surprising version of the car as well.

What is going to be somewhere halfway in between these two ideas is the long wheelbase 2015 VW Tiguan. It will feature 7 seats and be a whopping 22 inches longer than the regular car.

All of these variants and ideas are made available courtesy of Volkswagen’s brand modular MQB platform which seems to be quite the chameleon.

That thing is going to underpin just about everything within the VAG Group soon but at the moment we’re going to see it appear on the market in next year’s Golf.

The news comes from Gemany’s Auto Motor und Sport news source and it is almost remarkable that there’s just no mention of powertrains or gadgets.