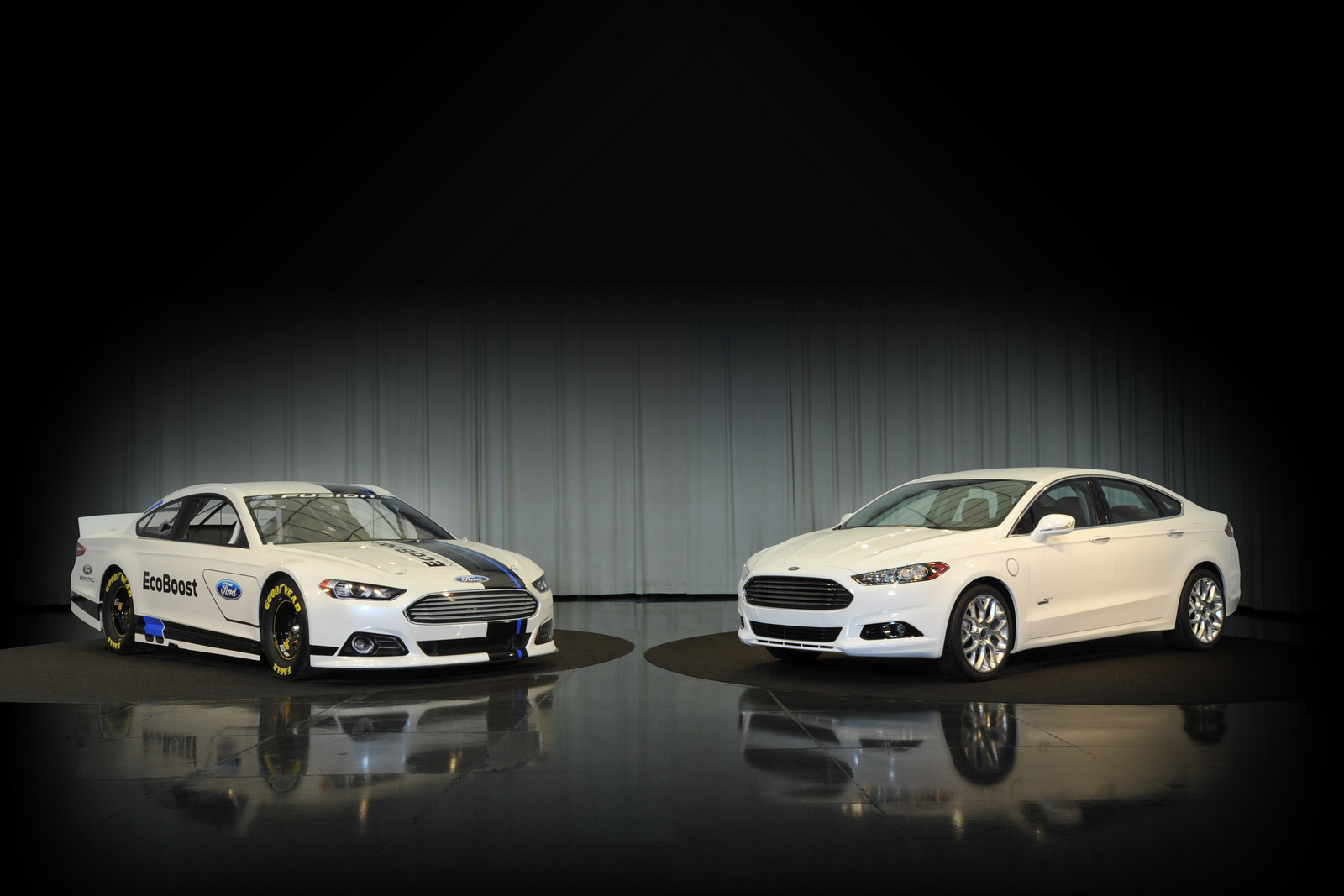 The Americans from Ford release details and photos on the 2013 Ford Fusion NASCAR racecar, a model which will debut at the next year’s edition of Daytona 500, an event which will take place in February. Ford says that the designers wanted to keep the appearance of the NASCAR racing model similar to the standard Ford Fusion, a model revealed in world premiere earlier this month at the Detroit Motor Show.

“We wanted Fusion to be the car that helped return ‘stock car’ to NASCAR,” said Jamie Allison, Director at Ford Racing. Garen Nicoghosian led the Ford Design Center staff which spent the past year developing the design of the model letting the race teams to focus on the competition.

The American company really tried to bring the “Stock Car” back to NASCAR by keeping the proportion of the race car to reflect the proportions found in the production Fusion but also to maintain the design cues.

They also stated that they are trying to transform this kind of vehicles in nothing but race versions of the street cars.