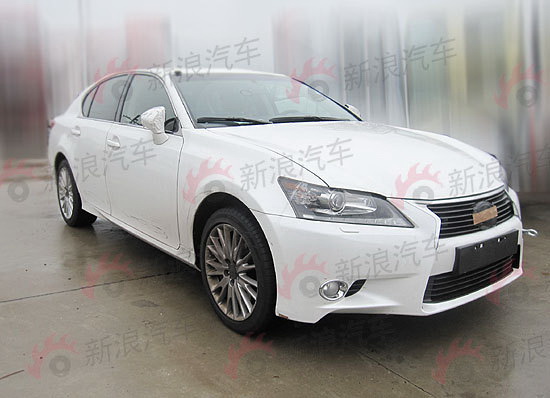 One of the least informed and shadiest teaser presented cars of the upcoming Frankfurt Motor Show has finally been caught out in the wild and naked.

It’s Lexus’ 2013 GS350 and it was caught on film, without any camouflage, fake panels or disguises of any sort in China of all places.

Toyota’s luxury brand has been safeguarding this new model pretty well, mostly because it’s going to be a “bread and butter” vehicle, one that fights off the institution that is the 5 Series and, of course, all of its rivals.

Not many details are available on the technical side of the 2013 Lexus GS350 apart from how it’s getting a 3.5 liter V6 petrol engine and, on this particular model at least, all wheel drive.

Speaking of this particular model, there’s a great chance that it’s the Lexus GS350 the company plans to sell in the Chinese market more than anywhere else but you should expect the global version to remain virtually unchanged in terms of design.

That design is just as we’d expected, very similar to the Lexus LF-Gh concept, slightly duller and with a very corporate feeling image about it.

Before the full unveil however, some voices claim Lexus could be giving us a sneak peak at the 2013 GS350 in a couple of days as part of the Pebble Beach proceedings.