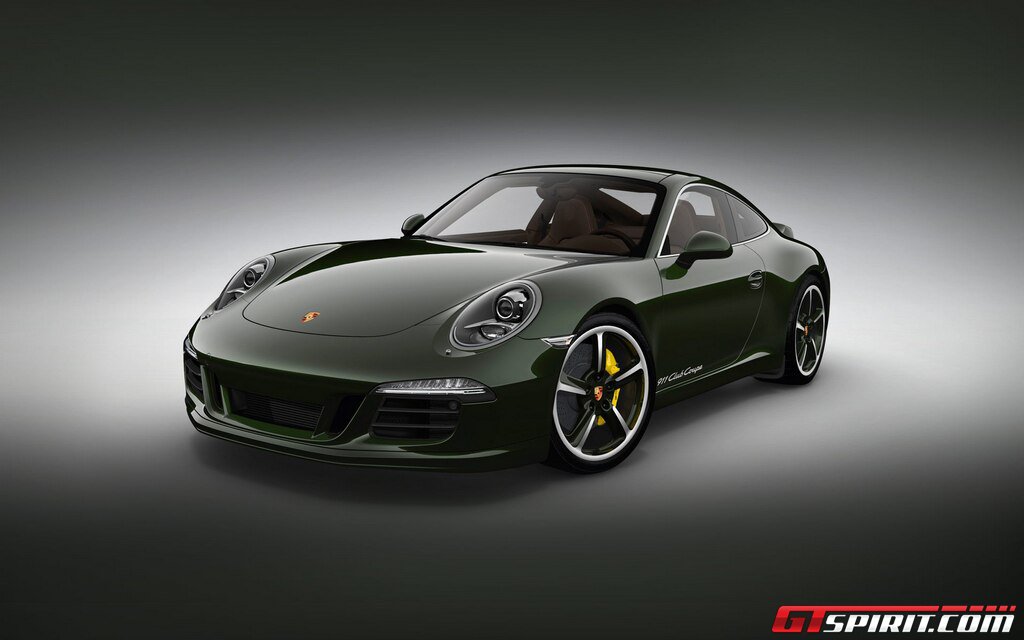 Porsche’s 2013 911 Coupe, the car just about every Porsche bore is referring to as the 991 generation before anything else is taking a break from the norm.

In order to celebrate 60 Years of Porsche Club, a special edition will have been introduced with some incredibly ingenious naming.

Dubbed the 2013 Porsche 911 Club Coupe, it’ll be a very limited edition with a few details built in just to make the various club members happy.

Now that’s what I call marketing. There’s very light work being done in the copyrighting department but Porsche’s sales reps are doing brilliant work reporting back to headquarters.

This special vehicle is based on the 2013 Porsche 911 Carrera S and comes with a few agreeable tweaks. The 3.8 liter straight six engine is upgraded from 400, to 430 horsepower.

The wheels are now 20 inch SportTechno lightened five-spokes, the suspension was dropped by 20 mm and is fitted with electronically controlled dampers courtesy of the PASM package.

We see a similar attitude to the way the Porsche 911 Club Coupe looks have been changed. The exterior is now painted in a custom color named Brewster Green.

You also get some decals on the doors which read “911 Club Coupe”, thus giving the non-connoisseurs a chance to figure out what it is you’re driving.

Only 13 of these cars will be made because the first Porsche Club that was established in May 1952 only had 13 members. Of these already rare cars, Porsche headquarters will keep one themselves.

The rest will be available for order to official Porsche club members only for the considerable sum of $175.580.