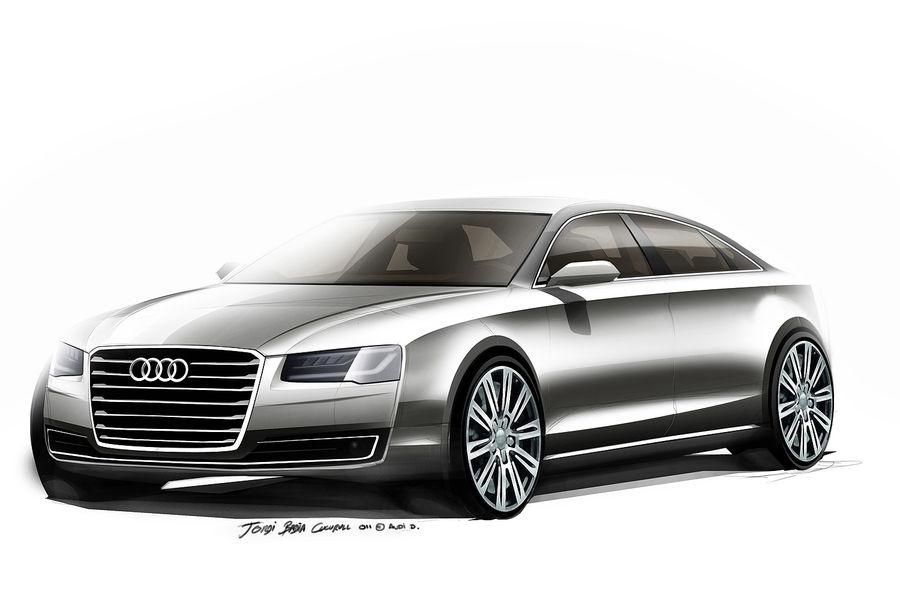 It seems that the Germans at Audi want to keep us connected to the new Audi A8 facelift and released a new set of teasers, this time we talk about official sketches.

Scheduled to make a debut next week, the new Audi A8 will be seen in flesh at the upcoming Frankfurt Motor Show. At the exterior, we will see the highly anticipated matrix LED headlights, revised front and rear bumpers, new side skirts, front grille and alloy wheels.

We are also expecting to see sequentially-illuminated turn signals for the new Audi A8.

The engine range is very likely to carry over as the new Audi A8 is just a facelift version of the current generation.

However, we could expect a series of improvements regarding performance and fuel economy but also some new units to enter the lineup. More details on the 2014 Audi A8 will be available next week.