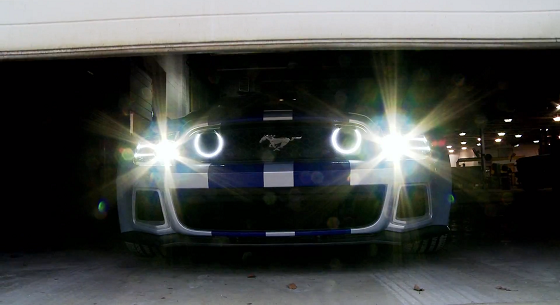 The folks at Need For Speed released today a behind-the-scenes video for their upcoming NFS Movie, a film which is scheduled to be released in March, next year.

This video comes just few hours after Ford confirmed that a one-off Mustang, the one you can see below, will be part of the new movie.

The model in question will be seen in Los Angeles quite soon and is presented like a bespoke model which is powered by a V8 powerplant and sports new 22-inch alloy wheels, a revised hood and other styling tweaks.

Back to the trailer released few hours ago, we have the chance to get a closer look at how the film is made, along with the high-speed races and dangerous stunts.

“Ford is excited to partner with DreamWorks and Electronic Arts as they bring the epic gaming franchise of ‘Need For Speed’ to the big screen,” says the company.